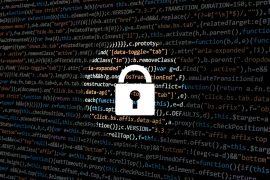 Co-op is the biggest of its kind on the continent, serving 60-65 million of the US’s 110 million credit union members. It works with fintechs to enable their services for use in a credit union environment.

Right now two of the biggest challenges facing Co-op are low adoption rates and the increasing threat of fraud. But ironically, the company points out that one of these challenges could, in part, solve the other.

“If you look at Apple Pay, Samsung Pay, Google Pay – they all have the same flat-line adoption rates,” says Co-op sales engineer Nola Sedlaczcek. “But if we increased adoption of these sorts of services, it could help combat some of the fraud we’re seeing.”

Co-op’s vice president of sales and engineering, Balaji Rangachari, agrees as he pins the low adoption rates down to a lack of education and the tedious back-end process credit unions have to go through to make a new integration work.

“Even once you’ve bought it from us, you still need to know how to use it,” says Rangachari. “That’s the gap we’re still seeing.”

But Sedlaczcek acknowledges the first step is to “get the nation to address the issue”.

For both Rangachari and Sedlaczcek, education is the key to increasing adoption rates across the US.

Last year Co-op launched its AI-powered fraud product Cooper, but with this old pain of adoption rates still unmoving, it seems companies will have to delve deeper than simply creating new products.