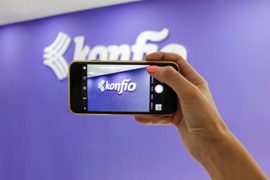 Konfio wants to use guarantees or collateral to issue bigger loans.

The secured credit facility, which was the product of “several” event run-ins between the companies, will enable Konfio, an unsecured working capital provider, to lend $250 million over the next year to SMEs.

The Latin American start-up currently offers an average loan total of $20,000 but wants to start using guarantees or collateral so it can issue bigger loans.

“Konfio brings a unique approach to credit underwriting for a segment of the market that’s poorly served in Mexico and more broadly across the region,” says Goldman’s structured-finance, investment and lending head, Ram Sundaram.

Using its technology to analyse credit behaviour, Konfio can respond to companies instantly and issue loans within 24 hours if needed, instead of the traditional waiting time of months.

According to the fintech’s founder, David Arana, its interest rates halve those charged by the older banks.

As well as halving the cost and fractioning the time, Konfio also serves its one-million customer base with technology which offers insights into their own customers and helps them organise their data.

He continues: “In an era of abundant data, we were supposed to be able to make better decisions, but I was actually seeing the opposite – access to finance was shrinking.”

So far, Konfio has raised $43 million in equity and $260 million in debt, with access to credit from the Bank of Nova Scotia.