French regulator AMF has urged Britain to avoid regulations that would allow arbitrage opportunities in the trading of euro denominated swaps after Brexit, Jane Connolly writes.

Reuters reports that the EU wants to cut back on its reliance on London and boost its own capital markets. 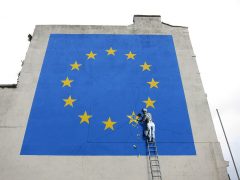 Arbitrage occurs when a security is purchased in one market and simultaneously sold in another market at a higher price.

In the event of a no-deal Brexit, the EU’s derivatives trading obligation (DTO) rule states EU market users could not use platforms in London to trade contracts such as interest rate swaps and credit default swaps in the over-the-counter (OTC) or unlisted contracts market.

Users would have to use one of the 11 trading platforms within the bloc; alternatively, there are five in Singapore and nearly 40 in the US that have been endorsed by the EU.

He tells the International Swaps and Derivatives Association (ISDA)’s European conference: “I believe these can be overcome in a pragmatic and meaningful way by focusing the DTO on euro denominated instruments.”

Ophele says that sterling denominated derivatives contracts could be removed from the DTO and would be traded in London.

He adds: “Absent such clarification, we will not be able to avoid overlaps or worse, arbitrage. I do hope that such a pragmatic approach will prevail.”

Earlier in the week, Andrew Bailey, chief executive of the Financial Conduct Authority (FCA), stated that it was for the EU to act to avoid overlaps in derivatives trading.