Even Financial raises $25m in investment round

US-based lending API Even Financial has raised $25 million in an investment round led by Citi Ventures. 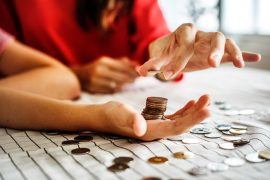 The round was co-led by MassMutual Ventures, with participation from LendingClub and existing investors such as American Express Ventures, GreatPoint Ventures and Goldman Sachs.

Even has now raised a total of $50 million. The company looks to further the reach of its service connecting institutions and consumers through its API, which acts as a “definitive search, comparison, and recommendation engine”.

“At Even, we believe the future of financial services acquisition is native, programmatic and highly personalised,” says Even founder and CEO, Phill Rosen.

The four-year-old fintech has grown its network by 250% over the past year and nearly tripled it’s team.

Citi Ventures MD, Luis Valdich, who will join Even’s director board, believes the company is “revolutionising how financial institutions find and connect with consumers”.

Even wants to add solutions for mortgage, insurance, and student loan marketplaces to its platform in the near future.