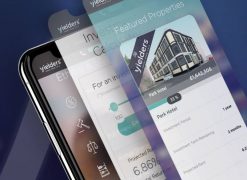 Yielders’ CEO: “We want competitive returns which are democratised”

The four-year-old company has now set its sights on securing licenses in Pan-Asia and the GCC, as well as becoming a competitor for high-street banks by creating short-term investment products.

Yielders’ CEO and founder, Irfan Khan, says his aim was always to deliver “competitive returns which are democratised”. Initially targeting the lucrative industry of retail, Khan says the company fell into helping smaller groups, such as small savers and students, too.

“We’ve made it so streamlined and easy, that students who want to only invest £100 can do so, just as high-net worth clients can onboard to the platform instead of going through wealth managers,” says Khan.

The Muslim founder wanted to solve his own problem too, which was the premium paid for an Islamic financed product which made returns far less competitive.

By optimising the chain of investment through fintech, onboarding clients in a matter of minutes, the fintech can offer better returns to Muslim customers as well as their wider client base.

Khan says simply: “We just think it’s the basic set of principles that all platforms should be using.”

The CEO also hints at the company’s B2B focus going forward: “We’re quite excited about the opportunities with open banking. Because our technology is our own, we don’t have to invest in it at this point, so we can focus more on setting up our APIs to integrate with banks.”

Currently 40% of Yielder’s investors are outside the UK, despite only being UK regulated and advertised, and has won awards in Dubai and Malaysia, setting it in good stead for expansion.