One of Europe’s biggest private equity firms, EQT Partners, has confirmed plans to list in Stockholm on Monday to rival larger global competitors, according to Reuters. 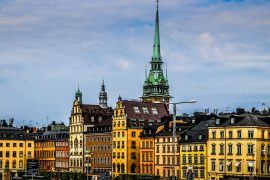 Sweden-based EQT, which is targeting a €4 billion valuation, is set to release at least €500 million of new shares, while existing shareholders will sell parts of their stakes in the initial public offering (IPO).

Boasting to be the world’s seventh largest private equity fund, EQT also intend to “future-proof” itself by creating EQT’s own balance sheet.

“The majority of our global competitors have strengthened their balance sheet either by listing or through private transactions, and we see it as a prerequisite to competing as a major global player,” says EQT chief executive, Christian Sinding.

EQT’s planned listing will be one of the largest Nordic IPOs so far this year, as it looks to list approximately 20% of the total number of shares which implies a deal size of around €800 million.

JP Morgan and Nordic corporate bank, SEB, will act as global coordinators for the IPO, while Morgan Stanley, Goldman Sachs, Nordea and UBS will all act as the main underwriters on the deal. Co-lead managers include ABG, BAML and BNP Paribas.