Five Dutch banks have set up an organisation to monitor payment transactions in a bid to tackle money laundering.

ABN AMRO, ING, Rabobank, Triodos Bank and de Volksbank have called the organisation ‘Transaction Monitoring Netherlands’ (TMNL). Other banks will be able to get involved in the organisation at a later stage. 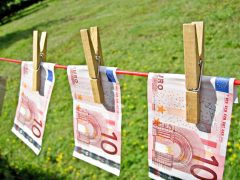 NVB: “Banks want to rid their systems of criminality”

Over the next six months, working with the Dutch Banking Association (NVB), all five founder banks will decide whether they have the resources to tackle the technical and legal challenges this type of monitoring will entail.

With an estimated €16 billion in criminal money, largely drugs trade-related, circulating the Netherlands, NVB’s chair Chris Buijink believes the banks see it as an important public duty to help solve this problem.

“They want to rid their systems of criminality and are investing heavily in this,” says Buijink.

Acting as gate-keepers, banks have the power to persistently monitor customer transactions, so these five, with more to come, have committed to improving their monitoring systems so they can more easily spot flows of criminal funds.

The banking alliance is counting on corporation from the FIU, Public Prosecution Service, FIOD and other regulatory agencies.

The establishment of the new organisation follows the announcement of Hoekstra (Finance) and Grapperhaus (Justice and Security) ministers’ ‘Money Laundering Action Plan’ in July, which the banks are supporting.