As well as investing, Standard Chartered will also partner with the AI firm to expand its communications surveillance products across Asia Pacific, Middle Eastern and African markets. 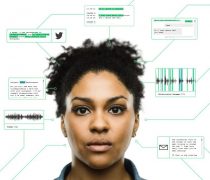 Digital Reasoning uses AI to understand human communication in an array of languages. Its product Synthesys reads data from any source, picking out what’s valuable whilst reading a ‘dynamic knowledge graph’ to help financial services, among other industries, to find “concealed relationships, risks and opportunities”.

The fintech’s founder Tim Estes highlights the importance of an “increased understanding of diverse languages and contexts across numerous cultures”, and how AI can be used as a democratising tool to break into and include new markets.

Manson believes Digital Reasoning is a “leader” in its field of conduct surveillance and well-positioned to help the financial industry fulfil its moral commitment.