Financial Times reports that Denmark’s largest lender is suspected of breaking two rules on providing misleading information, related to the selling of its Flexinvest Fri product. 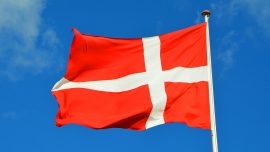 News of the mis-selling of the product – which was designed to attract savers at a time when Denmark is experiencing a protracted period with negative interest rates – first broke in June and led to the firing of interim CEO, Jesper Nielsen.

The bank had already admitted that it had set aside DKK 400 million ($58.9 million) to compensate the 87,000 customers who had been overcharged fees compared with the expected return from Flexinvest Fri.

The regulator claims that Danske went on to sell the product for “a continued period” and didn’t inform customers that they were likely to have a negative net return, which constituted “a very serious breach” of consumer protection rules.

“It is crucial for consumer confidence that banks’ advice is fair,” says Jesper Berg, head of the Danish FSA. “The latest interest rate development places great demands on banks’ advice related to the selling of wealth products.”

He adds: “Our customers must be able to trust that we have their best interests in mind and that we provide correct and adequate information and advisory services to them. We have not lived up to this in this case.”

The complaint comes on the heels of a €200 billion money-laundering scandal that resulted in multiple criminal investigations and the removal of the bank’s chief executive and chairman.