An Anglo-Dutch investment group has agreed to buy Ipagoo, the UK fintech that fell into administration nearly one month ago after regulators forced it to freeze its customer accounts.

Chairmans Financial, which was founded by a former ING banker and an energy executive this year, entered an exclusivity agreement with administrators FRP Advisory on 30 August.

The FT reports that Chairmans plans to buy 100% of Ipagoo and some assets from Orwell Group, the parent company that developed Ipagoo’s software, for an undisclosed fee. The sale is contingent on approval from the Financial Conduct Authority (FCA). 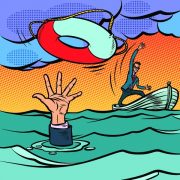 Ipagoo was launched in 2015 by former Goldman Sachs Asset Management director Carlos Sanchez, providing a multicurrency account that could be opened more quickly than those offered by traditional banks.

However, the FCA ordered the company to halt all regulated activities “to protect the interests of the firm’s customers” in July. Ipagoo entered administration the following week, blaming a lack of working capital as well as the FCA restrictions.

The FCA has not revealed how many customers are affected or the total amount of funds trapped.

Jordan Oxley, managing director of Chairmans, says: “We do feel that there is a reasonable path to return of operations, both from a financial stability and governance point of view.”

Oxley says Chairmans was considering purchasing Ipagoo before it fell into administration, and it established a UK-registered company in June for the purpose of the investment. Chairmans also has a separate Netherlands-registered company that was set up earlier in the year to invest in the EU.