Cappitech and Kaizen find firms are behind for SFTR implementation

Israeli regtech Cappitech has revealed 56% of banks are still only in the pre-implementation planning stages of the Securities Financing Transaction Regulation (SFTR).

According to Kaizen Reporting’s analysis of the SFTR implementation survey, 11.5% haven’t even started to plan how they will tackle SFTR compliance. 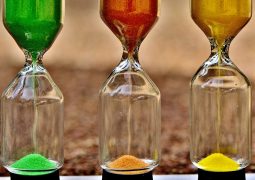 11.5% haven’t even started to plan how they will tackle SFTR compliance

Overall, just 37% of the securities lending industry expect to be ready in time, having either started or completed the regulation process.

The regulation represents a bid to bring transparency to the securities financing markets, by requiring companies who are part of SFTs to report them to a trade repository.

SFTR is arguably the most important regulatory go-live since the start of MiFIID II in January 2018, addressing regulator’s concerns with the reuse of collateral in transaction chains, which can make it less reliable in times of financial stress and can lead to misunderstanding of the risks involved with the collateral.

“The findings from the SFTR survey make it clear that many companies are not as prepared as they should be at this stage,” says Kaizen Reporting ‘s senior regulatory reporting specialist Jonathan Lee.

Cappitechs founder and CEO Ronen Kertis agrees, adding: “Where possible, an extension of their existing technology may provide an easier and more seamless transition.”

Banks are supposedly in a better state of readiness than reporting firms, who believe they will need to implement Unique Transaction Identifier (UTI) matching. Whilst over half think they need it, 33% are still just considering if its necessary.

A considerable 40% were also unsure which trade repository (TR) they will use, while tier one firms have been deciding based on board seats and shareholdings.

More than half of banks are also committed to delegated reporting, which “brings real challenges, not least of which is the need for clients to have control of and access to their reporting data to meet their regulatory requirements,” says Kertis, who is sure firms will need new solutions to solve the problem.

As for user acceptance testing (UAT), the survey found it had not been “fully embraced by the industry”, finding 54% plan to test in the three months prior to go-live. Lee says this time frame “will not necessarily prove sufficient” to launch such a large and complex reporting regime.