Bud, a financial technology start-up backed by Goldman Sachs and HSBC, has laid off 20% of its employees just months after raising $20 million in funding, according to The Telegraph.

Chief executive, Ed Maslaveckas, says that changes in the business mean that Bud “needs a different group of people” and the company is continuing to hire engineers.

Maslaveckas believes that part of being an agile tech business is that firms can respond quickly to changes in the market. 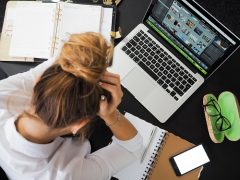 He adds: “We’re adapting our strategy to focus 100% on delivering value to business customers and that means we need a different group of people to deliver it. For example, the strategy also means we’re hiring more in our sales and development teams.”

One source told The Telegraph that the employees let go by the firm, which had around 100 employees, were in its marketing department.

The firm announced in February that it had raised $20m in investment from backers including HSBC, Goldman Sachs and venture capital firm 9Yards, which is advised by George Osborne and run by his brother, Theo Osborne.