BNG Bank heads to the cloud with Wolters Kluwer OneSumX

The bank, which is a statutory two-tier company under Dutch law, has half of its share capital held by the State of the Netherlands and the other half by municipal authorities and provincial authorities. The bank provides financial services ranging from loans and advances, payment services and electronic banking. 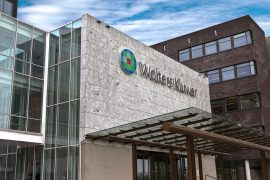 “BNG Bank recently started the implementation of an enterprise data warehouse, with the aim that this will become the source of all reports and analytical data sets within the organization,” says Jeroen Speek, head of reporting at BNG Bank. According to Speek, Wolters Kluwer was the “natural choice” for the bank.

“We are delighted that BNG Bank has chosen to implement the solution and look forward to working with the bank as it looks to build its enterprise data warehouse.”