Tink tells NCA companies “are not ready” for PSD2 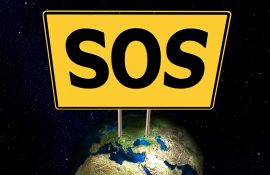 “Not a single one” of Europe’s financial institutions are ready

With NCAs in the UK, France and Germany showing “flexibility”, Tink is hoping other countries will follow suit, so as to avoid a “cliff-edge” scenario after the final deadline on 14 September. The letter also asks for “stronger industry collaboration” with third party providers (TPPs) to solve the problem.

Tink’s analysis revealed “not a single one” of Europe’s financial institutions who published their PSD2 APIs for the June deadline were in fact compliant. 15% were “operational” as an access interface, but their quality, performance or user experience fell short of being compliant.

“Put simply, if we are forced to migrate to a substandard API environment, many people may find themselves not being able to use the online or mobile-based banking services they have become accustomed to over the past few years,” says Tink’s product VP, Tomas Prochazka.

He adds in the open letter: “Arduous authentication processes, unattractive interfaces, and unreliable service will result in a significant fall in banking customers engaging with new and exciting services. “

The crux of Prochazka’a argument hinges on the fact third parties need continued access to financial data which banks hold, but if regulators allow a poor technology environment to prevail, this access could be compromised.