The launch of a £13 billion wealth management joint venture between Lloyds Banking Group and Schroders has been hampered by IT problems that have prompted widespread complaints from staff, according to the FT.

The new joint-venture, named Schroders Personal Wealth, opened to a limited number of customers earlier this year, and has been billed as a key part of the two FTSE 100 groups’ efforts to increase growth in the face of limited opportunities in their core markets.

However, the new company’s head of human resources was forced to apologise to employees this week after a survey showed widespread concerns about the Schroders-owned benchmark technology platform. 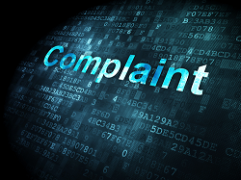 An internal note dated 19 August and seen by the Financial Times says: “Many of you feel engaged and excited by our new company but hampered by technology and the impact that’s having on how you support your clients. We recognise the problems you’ve faced with the new systems and are working hard behind the scenes to put in fixes as quickly as we can.”

Although the joint venture took its name from the 215-year-old asset manager, it is mainly staffed by former Lloyds employees, who moved £13bn of assets from existing clients to the new technology system.

In a separate internal blog post published this month, Schroders Personal Wealth chief executive, James Rainbow, writes: “We’re attempting something bold in its ambition and its timeframe. As such, there will be occasions where we have to navigate bumps in the road.”

A spokesperson for Schroders Personal Wealth said the business “is making good progress and is on track for its full launch to the wider UK market later this year. It is working closely with its advisers as they transition to the new bespoke platform.”

Most big banks cut back on financial advice and wealth management after regulatory changes in 2012, but Lloyds has been looking to return to the business as opportunities for further market share growth in its core banking markets are limited. Similarly, Schroders is seeking to bring in more profitable wealth management customers to offset outflows in its broader asset management business.

Lloyds is also working on a new automated robo-advice service for less wealthy retail bank customers that it aims to launch next year. Lloyds previously said it would consider developing a service for its retail customers in conjunction with Schroders, but the asset manager is not currently working on the project.