Handelsblatt reports that HV Holtzbrinck Ventures and Tengelmann Ventures also took part in this round.

Founded in 2016, Scalable aims to target high-earning young professionals, who invest an average of €35,000. Customers can answer a list of questions about their experiences and objectives, to receive a recommendation for a portfolio of listed index funds (ETFs). 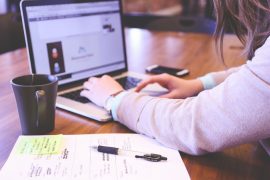 Although the amount raised is relatively low for the industry, Scalable’s founder Erik Podzuweit says, in the Handelsblatt Disrupt podcast: “Actually, we did not need the money, because unlike some other business models, each customer pays for the offer.”

He adds: “So we took the money and can now grow a little faster and at the same time still keep something in reserve.”

BlackRock acquired just under a third of the company two years ago. Despite the capital increase, the founders still have ownership of more than a quarter of the business.