Nasdaq is testing an artificial-intelligence surveillance system this summer to monitor its US stock market for new instances of exchange manipulation, Ruby Hinchliffe reports. 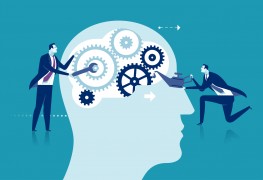 By utilising AI in this way, Nasdaq can begin to solve the broader issue of market security and efficacy.

“It [points] out what we call an ‘interesting’ event,” says Nasdaq’s head of machine intelligence, Michael O’Rourke. “It’s not necessarily a prohibited activity, but it’s what the model has deemed to be interesting, because it’s not normal market behavior.”

Whilst America’s second largest stock exchange are well-versed with existing forms of fraud such as spoofing and laboring activities, this system is designed to pull out unfamiliar activity which could reveal new forms of fraud previously unknown to the stock giant.

This new integration with AI will empower Nasdaq to build cases for fraud much faster, with stronger evidence which can stand up in a court of law or in a hearing, according to Nasdaq’s head of European market surveillance, Joakim Strid.

If this test is successful, Nasdaq officials hope to expand the system to its other markets around the globe.