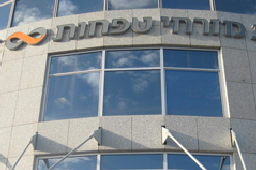 T24 will interface with trading systems, the bank’s core systems, direct channels, branches and all entities with which the bank operates.

The new system is intended to streamline the bank’s securities operations and improve the level of control over activity in this area, which will facilitiate better real-time provision of information to customers and to the bank’s various units.

Mizrahi Tefahot CEO, Eldad Fresher, believes Israeli banks will need to replace their old systems in the coming years to meet future challenges. He says: “Most Israeli banks are still based on core banking systems installed decades ago. Replacing Mizrahi Tefahot’s core system for capital markets will in fact be the first step of one of the largest banks in the sector, and it is reasonable to assume that additional moves will follow.”

Alexa Guenoun, chief client officer at Temenos, says there was “a rigorous competitive selection process” at the bank. She sees Israel as “a key market of growth for Temenos”. The vendor already has Pepper (Bank Leumi’s new digital banking subsidiary) on its client list in Israel, and was also bidding for Bank of Israel’s contract a couple of years ago.

Mizrahi Tefahot has traditionally been a user of Finastra systems – its Misys-derived core banking workhorse, the IBM iSeries-based Equation, and, on the capital markets side, Summit.