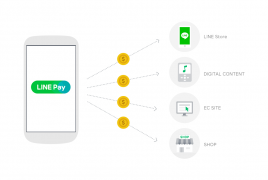 The integration will give Japan better access to Chinese tourists

Users of WeChat Pay can make purchases from Line Pay merchants in Japan simply by scanning the merchant’s QR code at the point of sale to pay with their WeChat Pay balance.

WeChat Pay, a service of the WeChat social media platform which has over 1.1 billion users, is heavily used in China. Line Pay believes the Line Pay Global Alliance will give Japanese businesses better access to the 8.38 million Chinese tourists who visit Japan annually, its largest international tourist group.

Businesses signing up for Line Pay can accept WeChat Pay along with Naver Pay, a payment option popular with Koreans, Japan’s second largest tourist group, which was introduced to Line Pay earlier this year. No separate screening is required and payments made via multiple options can be streamlined into one account.

Merchants will not be charged any fees for accepting WeChat Pay payments until 31 July 2021.

The alliance is a one-way arrangement, which means Line Pay is not accepted at WeChat Pay locations in China.