A division of Israel’s Minister of Finance (MofF) is looking to accelerate the procurement process for fintech and blockchain companies securing licences in Israel, Calcalist reports.

The Capital Market, Insurance and Saving Authority division is dedicating industry teams, some of whom specialise in blockchain companies, to create local competition by increasing the number of licensed fintech companies across the country. 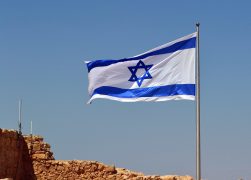 Around 2,000 fintech and blockchain companies are currently seeking licences from the state regulator.

“Business and technological innovation and the relationship with the industry are the basic principles that guide the Authority in its operations,” says the division supervisor, Moshe Barkat.

He adds “The Authority is engaged in the licensing and regulation of fintech companies on a regular basis, including digital insurance companies, P2P platforms and credit providers, digital wallets, blockchain-based fintech ventures and other payment services providers.”

Research by the Israeli Securities Authority showed dozens of companies could secure work permits in Israel without major upheaval to their business models.

Friction between Israeli banks and bitcoin advocates was reported yesterday when a legal petition made by the nonprofit, Israel Bitcoin Association, to the Bank of Israel came to light, asking the institution to disclose local banks’ crypto policies.

There has also been push back by Israeli Banks when it comes to money deposits generated through bitcoin investments, resulting in a law suit against the Israeli Bank, Hapoalim.