Envestnet’s CEO, Jud Bergman, admitted the $100 million lawsuit filed by FinancialApps (FinApps) against them has significantly disrupted “several clients and prospects”, leaving him unsure whether the company will find a replacement solution within “months or quarters” according to RIABiz.

FinApps has withdrawn all its software from the $3.7 billion financial advisory platform, putting its ex-partner in the lurch as it scrambles to find a similar software to stop the gap.

The suit is a result of claims Envestnet’s child company, Yodlee, ripped off the start-up’s data sifter after its acquisition offer was rejected. 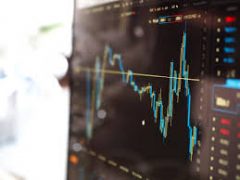 “The vendor suspended service causing a disruption that affected several clients and prospects,” says Bergman on an earnings call last week. “I am highly confident that eventually we will find a new solution with a new provider that enables us to address this market opportunity. Whether that’s months or quarters, I can’t say right now, but the expectation is that it’s closer to months.”

Whilst Bergman did acknowledge the upset the lawsuit has caused the company, in a very different vein he asserted confidently that “the vendor’s allegations are false and without merit”.

The CEO even criticised the start-up’s core software, mentioning that Yodlee “experienced shortcomings in the technology” provided by FinApps.

Envestnet’s stock closed at $64.82 last Wednesday but the morning after Bergman’s analysis, it slipped 11%, closing at $58.42 on Friday.