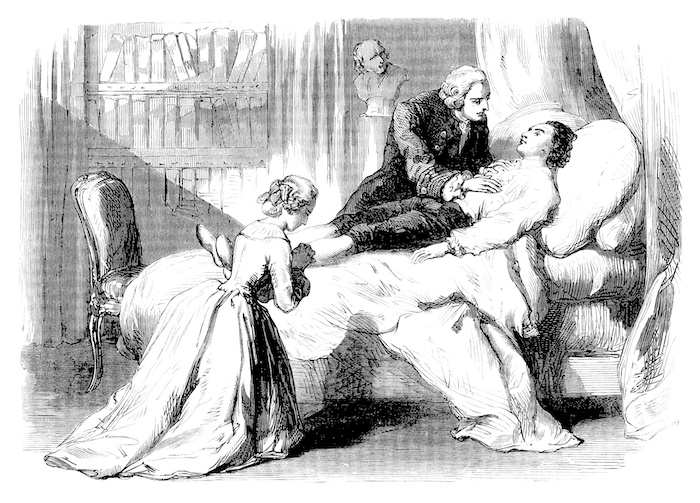 Don’t be afraid to declare time of death when it’s true: it’s not an admission of defeat

A few months ago I went to a conference and bumped into the CEO of a start-up I like a lot. We had a catch up. It was so good to see her. And then she said, in passing, that she was still trudging along with my old bank that I had introduced her to, a few months before leaving for a new adventure.

She was still at it. Still smiling. Still talking to them, trying to find an “in”. Taking the meetings. Following up. Taking the time. Giving them time.

Yes, I said. And sometimes it doesn’t happen.

Yes, but what if it was about to happen and you withdraw just before conversion, she said? I would rather spend a little time and not close the door. She said.

I know that feeling all too well.

But exciting conversations take time. Especially if you are having them with Banks. That need to socialise every new idea with, like, a million stakeholders. And their pets. And those meetings don’t happen in quick succession. They happen in the Bank’s Own Sweet Time, with weeks and months passing between conversations, because other things are more important, more urgent, more whatever.

And you wait. Or worse, you ping-pong between ten of those conversation marathons with a million people across ten different banks. You are busy. You prepare hard for those conversations. You do your bit. But it is uncertain. It is exhausting. You know it takes a long time. But how long is long?

When is an opportunity not worth pursuing any more?

Do you measure it in length of time? Quality of conversation? Movement against deliverables?

There is a harshly ritualistic value in a doctor declaring time of death for a struggling patient. It is the moment when the team of physicians officially stops trying. To save. To resuscitate. All effort ceases.

Start-ups are not great at declaring time of death on “prospects”.

You have access into a big bank. You know it will take a long time. And it is taking a long time. So isn’t “grin and bear it” the only way to go?

No. Your time is limited, precious and you will never have more of it.

So you have to be vigilant of time wasters.

But “how much time they take to make their mind up” is perversely not the metric to tell you that.

So when do you declare a conversation dead, no longer the focus of your effort and attention?

It is not after x number of months or years.

It is when the vital signs are telling you “this was exciting, but it’s over”.

“Come in and let us get to know you” meetings are fine. “Tell us how you see the world, teach us something” encounters are fine. You have to invest that time. The question is what happens next.

But if you know what you want out of it, and what you will put into it, then you go forth and take the meeting. Half the ingredients are in your control (what you bring). The other half (what they have, what they need and are you a fit for it) is part of the discovery.

And now you have your vital ingredients, you start monitoring the vital signs.

Is there a sign of decision-makers in the room? A real problem or strategy you fit in with? A pot of cash? A willingness to have a real conversation where you are not doing all the talking?

Your first meeting will tell you all that.

If it’s fluff, give them one more chance to get you a meeting that has the right shape, size and weight. If the second meeting is still fluff, you are done. For now. Don’t be rude. Don’t actually say “you are dead to me”. But consider the opportunity a dud. Until further notice. Things change. But until they do, move on.

Blood pressure and pulse: you have had the first meeting.

It is real enough. The size and shape of it is promising. So. What now?

If that doesn’t happen. Or it falters after a first few promising steps. Or it loses momentum. Nudge. Push. Have a “where is this going” conversation.

Do you need something more or different from us?

Do we need a break? Do you need some time? Have priorities changed? Or are we flatlining here?

Leadership changes, priority changes, regulatory changes (or fines). All that could cause you to lose momentum in Big Bank conversations. It could be final and lethal or just a temporary setback.

Have the conversation to find out.

You can put this on life support, declare it dead, or beat your head against a brick wall wondering what happened and hoping it will unhappen.

Only the last option is a terrible option.

So keep an eye on the vital signs. And act fast when things start going south.

Temperature and respiration: be alert to changes.

Who attends the meetings – you are ok going down the food-chain after work starts or when deep-dive validations are happening. Not before. Decisions are not made “by the team”.

If things slow down; if a warm and engaged tone and speed in returning your calls gives its place to cool distractedness, don’t let wishful thinking blind you.

Don’t kill it immediately. Give it a little time, Use your relationships to test, discover and (if possible) revive. But if you see the change, don’t see a reason for it and don’t see a rebalancing after a time, make the call.

Making that call is what building a business is all about.

Determining where your time will yield the most for your business.

If you are starting out, building up, time is all you have to play with. The time during which the money lasts. You need to use that time to make more money so you have more time.

So don’t waste your time or attention. Invest it. Sometimes a little, sometimes a lot.

It’s not an exact science. You have to make a call. You have to take some risks and make hard decisions. That’s what building a business is all about: not letting wishful thinking get in the way of turning that wish into a real thing, in the hands of customers.

However long it takes. That will vary.

But what lack of progress looks like doesn’t vary. So be vigilant. And don’t be afraid to declare time of death when it is true: it is not an admission of defeat. It’s permission to your team to invest their time elsewhere. It’s leadership. And if it feels like a hard call to make, that is because it is.