Designed to leverage its sister privacy-protecting platform, Elixxir, Praxxis has been developed in stealth under Chaum’s leadership at the Cayman Islands’ WBM Corp. 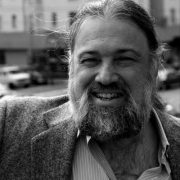 Chaum has four decades of experience working on digital currency

“I am thrilled to be able to reveal that we’re working on the Praxxis decentralised digital currency to support high speed financial transactions,” Chaum says. “The world also needs the Elixxir communication technology, since it is the only known practical way to shred the metadata that is inevitably created as we live our digital lives. A better type of consensus, compared to what powers current blockchains, is needed in order to support Elixxir – now running in Alpha without consensus.”

Praxxis is capable of finalising payments at scale and speed, while its denominated coin structure allows payments to be broken into individual coins, which can be commingled with coins from other payments to provide privacy.

It also avoids the security weaknesses of current popular cryptographic tools by using distinctive cryptography that is highly resistant even to quantum-level attack.

Full details of the Praxxis approach will be published in a whitepaper later this year. Users can test and interact with the Praxxis and Elixxir networks via Chaum’s community app, the xx collective.