Credit Suisse has announced it will invest heavily in fintech in the next three years and place less emphasis on a large branch network, reports Jane Connolly.

In a statement, the bank confirms it plans to invest “a sum in the high three-digit million range” in digitisation, client advisory and marketing by the end of 2021. 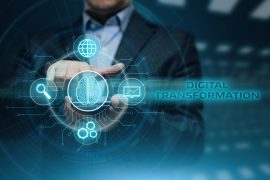 The bank is launching a new business area, Direct Banking, on 1 September to serve around one million retail clients and 60,000 commercial clients who mainly use core banking products and services.

Led by Mario Crameri, formerly in charge of the IT and Operations Unit of the Swiss Universal Bank, Direct Banking will have more than 500 employees.

Although the bank states it will enhance the provision of personal advice in the regional network of branches, Thomas Gottstein, CEO of the Swiss Universal Bank and Credit Suisse (Switzerland), says branches will not be considered as important going forward.

“The new business area is our response to the significant changes in the market environment in recent years,” he says. “Maintaining the status quo was not an option – not least because we believe that the achievement of long-term success will not depend on having the biggest branch network in the future. Instead, having the best digital offering – combined with access to advice from any location and the best service quality – will be the deciding factor.”

More details about the new area and branch concept will be released in the first half of 2020.

US start-up @ChannelMeter has landed $4m to deliver a banking service to content creators – starting with YouTubers fintechfutures.com/2020/07/channe…