Gina Miller, founding partner of SCM Direct, a challenger investment firm based in the UK, has filed an urgent application for a legal challenge to stop Prime Minister, Boris Johnson’s plan to prorogue parliament.

Under the Prime Minister’s plan, parliament would be shut down for five weeks, which would effectively thwart MPs trying to block a no-deal Brexit on 31 October. The prime minister asked the Queen to prorogue parliament between the second week of September and October 14 — the longest suspension since 1945.

“Whilst prorogation is an acceptable UK constitutional practice, no prime minister in modern history has attempted to use it in such a brazen manner,” Miller wrote on her fundraising website set up fund the urgent application to the high court for a judicial review.

Miller rose to prominence when she won a legal case forcing parliament to legislate before article 50 could be invoked. She states that the decision to suspend parliament a few weeks before the Brexit deadline was a “dark day for democracy”.

Sterling tumbled by more than a cent at one stage, hitting $1.2155, after the announcement on Wednesday evening. 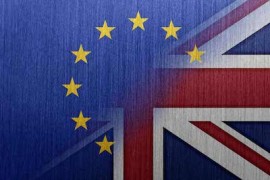 The pound also weakened against the euro, dropping below €1.1 and heading back to the 10-year low struck earlier this month.

It has now lost around 7% of its value since March, when Britain’s Brexit extension was agreed. Before the 2016 referendum, one pound was worth €1.30, and around $1.48.

Several City economists and investors voiced concerns over the move. Derek Halpenny of MUFG told The Guardian that Britain faces a “constitutional crisis”, while Seema Shah of Principal Global Investors warned that Britain could be dragged into recession. Adam Cole of Royal Bank of Canada warned that no-deal Brexit looks more likely than before, at around 44% probability (based on market data). Deutsche Bank put the chance at 50%.

Oliver Blackbourn of Janus Henderson Investors told clients to expect more drama in Westminster, with a likely no-confidence vote in Johnson’s government as soon as parliament returns after its summer break at the start of September. “Summer holidays are definitely over for MPs, now comes the shouting,” Blackbourn says.

Business groups voiced alarm. The British Chambers of Commerce warned that the UK was already suffering from Brexit uncertainty, and urged MPs to resist a no-deal shock.