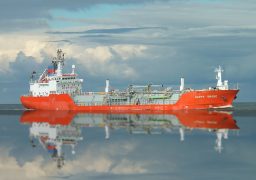 The start-up realised a gap in the market

TradeWindow’s CEO, AJ Smith, says this is one of the first times a technology company has received direct funding from a New Zealand Bank and hopes investment will enable them to release the first commercial version of its DLT platform very shortly.

The technology creates a “single trading window” which all parties can access during the transaction, significantly reducing the risk of fraud of cyber-security threats because edits can only be made when a majority of the network agrees.

“Our platform allows all relevant documents – from certificates to invoices – to be exchanged digitally using one touchpoint,” says Smith.

The start-up realised a gap in the market, that the “instantaneous sharing of documentation which is currently couriered is at a significant cost to the various parties, including exporters, importers, banks, certifiers, and insurance companies.”

There are currently 12,000 registered exporters in New Zealand according to Smith, who is excited about the “major market opportunity” this offers.