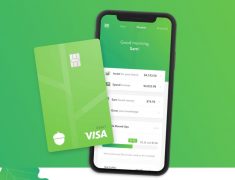 The Wall Street Journal details that the celebrities are buying a stake in the Californian fintech, as part of an influencer strategy to elevate the app to a bank alternative with 100 million customers.

Acorns chief executive Noah Kerner – former head of marketing at WeWork Cos and one-time DJ for Lopez – says Acorns is marked out from the competition by its simple products with no overdraft or other punitive fees.

“To approach everything from a place of mission and integrity – that’s a big innovation in financial services,” Kerner says. “I don’t think there’s a better example of an industry that needs to be reimagined from the ground up.”

The company, which already boasts Ashton Kutcher, Bono and Kevin Durant among its investors, is also talking to the stars about designing new financial products tailored to their needs.