Untangler is a new insurtech that focuses on using artificial intelligence (AI) to recognise inbound customer or employee data in any format, to then transform it into readable data, and returns it in seconds so providers can create quotes without having to convert the data within cells. 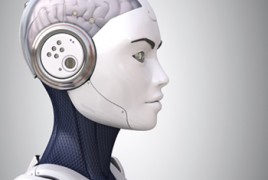 Richard Stewart and Steve Carter initially built the software for their start-up business, Untangl, which sets up SMEs with bundled employee benefits, including life cover and private medical insurance.

Untangler CEO, Richard Stewart, says: “Admittedly, we built Untangler as an afterthought because it improved the customer journey and sped up our buying process. It was only later, when a large UK insurer asked if they could use it, that we realised its true value as a standalone product that solves a big industry problem.”

The early version of the technology allowed SME employers to upload any employee data they had without needing to change the format to make it compatible.

The solution mimics a low-skilled task that, in some cases, highly-qualified humans in insurance companies end up doing manually, freeing up people to do more meaningful and fulfilling work.

Stewart adds: “It has long been expensive and time-consuming to manually reformat data files and challenging to build integration interfaces to third-party systems and, anyway, data often comes from multiple sources in non-standard formats.”

Untangler says its solution can be trained to learn and identify the relevant items needed and does a range of other jobs like fixing errors.