At least 88,000 Italian merchants will be able to accept UnionPay payments by the end of the year, thanks to a new agreement with Banca Sella, reports Jane Connolly. 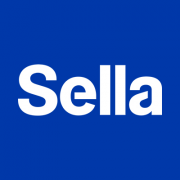 More than 8,000 online merchants can take UnionPay payments now, with 80,000 offline merchants to follow suit via 100,000 point of sale terminals.

UnionPay has the world’s largest cardholder base and has been growing its acceptance rates in Italy through strategic partnerships with major banks and acquirers.

Wei Zhihong, UnionPay International’s market director and head of its European branch, says that the agreement will not just serve its Chinese cardholders but will also benefit European merchants.

“Italy has great appeal to Chinese tourists who are travelling overseas in ever greater numbers and are increasingly doing so independently rather than on organised packages. As a result, they are shopping with a wider range of outlets and we are delighted to have signed a new agreement with Banca Sella, which will help more merchants meet the needs of this market.”

UnionPay International, a subsidiary of China UnionPay, has enabled card acceptance in 174 countries and regions.