The Win 10 Rush: How financial institutions can beat the clock to upgrade their PCs

With January 2020 just over two quarters away, banks and credit unions are quickly realising that if they don’t have a Windows 10 upgrade plan in place, they are going to be in trouble, writes Kevin Flaherty. 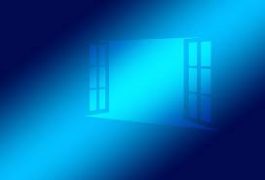 What does this migration look like for an industry that operates hundreds of thousands of PCs?

Since it appeared on the scene in mid-2009, Windows 7 became a much-loved and highly preferred version of Microsoft’s ubiquitous operating system for personal computers – and particularly loved by financial institutions (FI) – due to its stability, reliability and security features. But then, Microsoft announced in 2015 that it would end its extended support of Windows 7 by 14 January 2020, effectively forcing financial institutions to upgrade to Windows 10.

Moreover, as Microsoft phases out Windows 7, new processors won’t be able to run the now antiquated operating system. Even seventh generation processing chips won’t be supported after the Windows 7 end of life. And if your bank works with any PC hardware that’s more than three or four years old, here is a very good chance that it will not be compatible with Windows 10 for very long.

So, the time has arrived for all financial institutions to make the migration

And if they don’t? They will be vulnerable to computer crashes, breaches, hacks and other serious security issues. They will also have to pay for Windows 7 technical support and extended security updates. All good reasons for financial institutions to make the migration a priority.

And the true deadline is even sooner than next January. A number of industry experts recommend that financial institutions get out ahead of the deadline well before 2019’s holiday season gets underway, since banks go into a freeze in November. Banks would be smart to set 1 September of this year as their deadline for having Windows 10 in place, at the very least for testing purposes.

What does this migration look like for an industry that operates hundreds of thousands of PCs across banks, credit unions – not to mention within their ATMS, which number upwards of 500,000, according to the ATM Industry Association? A lot of financial institutions are finding out that the job is much more complicated and resource-draining than they remember when Microsoft introduced Windows 7, and they are looking for ways to make the migration as painless and error-free as possible. As a company that completed more than 30,000 Windows 10 upgrades for one of the nation’s top three financial institutions in less than 13 months, I can tell you that a carefully, tightly planned and executed upgrade program can make for the least painful migration process possible.

It helped that we have a long-term relationship with this bank beginning more than 30 years ago with repair and support services for all of its equipment. We then expanded into other lines of business and project management within the bank, handling projects ranging from software installation and building relocations, and more recently, online banking system and equipment upgrades at all branches. 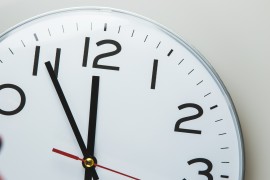 The true deadline is even sooner than next January.

So, when the bank decided to get a jump on its Windows 10 upgrade, it looked to us to take on portions of its 80,000 PCs across the country. The team began upgrading several hundred PCs for the bank’s financial advisors at 25 locations across 17 states.

However, by June 2018, the bank had set a new deadline to upgrade its 50,000 retail PCs in just three months and asked us to manage 10,000 of the upgrades. We responded by onboarding additional technicians dedicated to the project. This team responded so quickly and efficiently that the bank awarded us an additional project of upgrading nearly 10,000 more PC operating systems at 800 retail locations, which we completed in 55 business days.

In the span of 13 months, FlexForce completed upgrades in 1,000+ of the bank’s locations in all 50 states. We were able to maintain quality, consistency, and predictability, even in the face of 30,000 upgrades. The bank believes, as do we, that getting this massive project completed in a short time-frame and without disruption to either their employees or their customers was a large part of the project’s overall success.

The key to carrying off large-scale IT projects is having the right team with the right technological knowledge and expertise available at the right time and place. You also need a customer that recognises when outsourcing a major project is the smartest thing they can do. When it comes to a financial institution’s operating system, and when there’s a change that affects every computer in that institution and the complication of a looming deadline, the ability to turn to a trusted service provider is music to the ears.