StashAway snaps up $12m in Series B funding

StashAway, a Singapore-based robo-advisor, has raised $12 million in a Series B funding round led by Eight Roads Ventures – an investment arm of Fidelity International, as reported by Deal Street Asia.

The round was also joined by Asia Capital & Advisors, a private equity firm led by Francis and Aaron Rozario. Asia Capital is an existing investor in StashAway, having previously invested in the start-up’s pre-series A and Series A rounds. 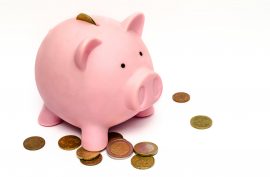 Its latest round brings the total funds raised to date to $20.4 million.

The Singapore-based robo-advisor functions as a digital wealth management platform that delivers automated and personalised portfolio management to its clients.

After raising its Series A round in March 2018, StashAway entered its second market Malaysia. In Singapore, it is the first robo-advisor to accept the country’s Supplementary Retirement Scheme Fund for investments and has introduced its own financial education programme called StashAway Academy.

Michele Ferrario, co-founder and CEO of StashAway says that the latest investment will accelerate its product development for clients in Singapore and Malaysia, while also supporting market expansion throughout the Asia-Pacific region and doubling down on financial education content development and distribution.

Raj Dugar will join StashAway’s board of directors as part of the deal.