The fintech’s plug-and-play platform is already used by more than 60,000 merchants across Belgium, Luxembourg and the Netherlands. 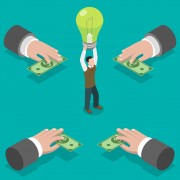 Following the investment round – led by Payconiq’s existing shareholders – the firm aims to take its omnichannel, multi-country platform to Europe.

It will work to consolidate its presence in the Benelux region while “aggressively” speeding up new developments and working on closer integration with banks and merchants.

“At Payconiq, we believe that every person owing a bank account and a smartphone is entitled to be part of the digital journey – no need of a credit card for that!” says Duke Prins, CEO of Payconiq. “We wanted to keep it simple and safe and we found a way of doing it while using what is already available. We’re actually using banks’ infrastructure to provide everyone in Europe with a simple, mobile solution for payments.”

The fintech’s ecosystem has been built on an open-API approach and flexible microservices, with a focus on consumers, merchants and banks.