OnDeck Capital, the online small business lender, told analysts on its earnings call that JP Morgan Chase will no longer be originating new loans on the platform from next week. 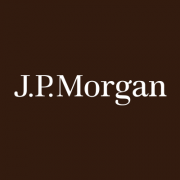 JP Morgan Chase had recently informed the company of the move, which follows a change in strategy at its business banking unit.

“While disappointing, we appreciate that Chase recognised at a very early stage the opportunity to serve small businesses through online lending, and that our technology and platform were the right tools to support their efforts,” says OnDeck Capital chief executive, Noah Breslow.

In response to questions from analysts, he later conceded that OnDeck had to write down almost $1 million in Chase-specific technology, which is a headwind to earnings in the short term but frees it up from legacy technology.

The company posted net income of $4.3 million, or five cents a share, for the second quarter, down from $5.7 million, or seven cents a share, in the year-earlier period. Adjusted per-share earnings came to nine cents, below the 11 cents FactSet consensus.

Although its shares slid more than 22% Monday following the news, the stock recovered about half of its losses on Tuesday.

Revenue rose to $110 million from $95 million, matching the FactSet consensus. The company also says that it has decided to pursue a banking charter.