Is the next fintech unicorn being built by ex-bankers in Poland? 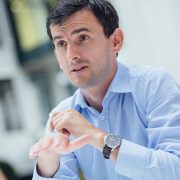 The wave of banking start-ups is sweeping across the world as the number of initiatives riding the fintech wave seems endless. Many these disruptors follow a similar development pattern. The first step is to build a strong user-base and then gradually ask for more money from investors. When they run out of money while developing products, obtaining a licence to operate as a bank is a next phase. Ultimately, start-ups become banks (on paper).

Despite all the worries and limitations, a banking licence gives scale and access to an even larger customer base, especially in the retail space. This translates to a long-term efficient capital base in the form of deposits. A similar path was taken by bunq ( Netherlands), N26 (Germany), Atom (UK) and several other start-ups.

What about changing this scheme? Let us firstly fill our pockets with money (big money), obtain a banking licence and then look for clients? Three Polish ex-bankers are already thinking this way. They are building their own challenger banks in Poland right now, while you are reading this article.

Probably one of the best backed fintechs in Europe

To understand why so much attention is being paid to the project, we should first go back to 2008. Imagine that you are preparing your business to start trading soon. Just a few days after launching, the whole market that you wanted to enter collapses, globally. Everyone freaks out, big players go down, markets crash, everyone tries to rescue what they can (including themselves from going behind bars).

What do you do with your ready-to-launch project? Most of us would probably flip out. At that time, Wojciech Sobieraj was opening Alior Bank in Poland, at a time when the financial markets were in big trouble. Would you have bet on the success of such a project during such times? Probably not.

Let’s get back to 2019. The company is a ten-year old fintech with more than four million retail customers, providing services to two hundred thousand companies, and manages roughly 17 billion euros of assets (ranked 8th in Poland). Please remember that the bank only operates in one country. Mr. Sobieraj is not leading Alior anymore. Now he dreams about recreating the success of this project across other European countries.

In late 2018, the first job offers surfaced on the internet – Vodeno started to be developed, and it is happening fast.

Why was this fintech given so much attention by the media? It’s mainly for two reasons – the team and funding. Vodeno is led by a local superhero team, gathered around Mr. Sobieraj like Avengers around Captain America or Iron Man. Those names may not be familiar to a wider global audience, but these people are responsible for building a banking sector in the country. As for funding, we can get the answer from the supervisory board members list, where we can see a few representatives of Warburg Pincus.

Warburg Pincus supposedly invested 450-500 million euros in Vodeno. It is one of the highest sums invested in a European fintech if we compare it to the “mere” 336 million euros belonging to Revolut secured over three years. Warburg Pincus is one of the biggest private equity firms in the world. The company raised 18 private equity funds, which have invested more than 74 billion dollars in over 860 companies in more than 40 countries. In their investment portfolio we can find Go-Jek, Momo, and Ant Finance, among others. One thing is sure, Vodeno compare to other fintechs is well funded.

The value proposition and products are still unknown. Recently, unconfirmed sources revealed two business lines inside Vodeno. The first was the financial services for retail and SME customers, supported by the newest technologies including machine learning and artificial intelligence. The second was the white label offering for other businesses who planned to launch their own fintechs. This is a similar thing to what German Solaris Bank is doing. The planned launch for later this year is probably in one of the Benelux countries based on recent job openings for Dutch and French speaking professionals. 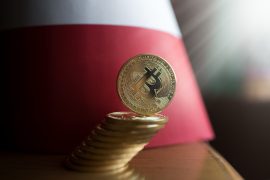 Bankers who are betting big on blockchain

Another mysterious name – Horum Bank. Horum is a plural form of the Latin demonstrative pronoun hic, haec, hoc. So Horum Bank translates to “theirs bank”. Whose? It is a brainchild of a group of experienced ex-managers of the biggest Polish bank – PKO BP (70 billion euros of assets). The project started with resignation of Jacek Obłękowski from the role of vice-president of PKO BP in March 2016. Back then, insiders spread a rumour that he was not going to retire but instead, would roll-up his sleeves and build a mobile-only bank. But then he disappeared into thin air. In May 2018 news started to appear that Mr. Obłękowski is back, and with the support of his former colleagues, would open a challenger pan-European bank using blockchain.

Distributed ledger technology in the world of finance is already used in several ways. The biggest area where we see transformation is the digitalisation of contractual instruments and the use of smart contracts. Recording something on a shared ledger and, once recorded, it is irrefutable digital proof that this thing happened. Provenance is the killer feature for the blockchain protocol and banks like this idea very much. Another use-case are smart assets especially in trade finance, where transactions with a clear date and time stamp make things bullet proof. There are a few other developments in finance using blockchain for example: clearing, settlement, and payments, but who thought about using it to set up most of their banking operations?

According to anonymous sources quoted by the media, up-to 60% of the process challenger banks use will be based on blockchain. From the general ledger of the bank, to payments, transfers, and exchange of documents, everything will use distributed ledger technology. A few areas like risk related processes will be managed through traditional core systems, similar to traditional banks that we all know. Why blockchain? We can assume that main reason is potential operational security and estimated lower cost of development and maintenance of the system. This may give an ability for competitive pricing and higher discounts when compared to other players.

It is great to hear about a bank project fully relying on blockchain for its services. It would be even more powerful if it could be enabled by euro pegged stable coins not only used internally or with the bank customers, but with other banks too.

How much money do you need to launch a bank on blockchain? Different sources say about around 150 million euros. This is much less than opening a traditional bank with core IT systems on site 10 years ago. Money resources will come from traditional investment funds, but also from an initial coin offering (ICO). It is the cryptocurrency space’s rough equivalent to an initial public offering (IPO) known in the mainstream investment world.

What is the current status? The team is polishing its business plan, refining product lines, and has a time scheduled for entering the market and presentations for investors. The main client segments that Mr. Obłękowski sees potential in, are for small and medium-sized enterprises and affluent customers (wealth segment). If everything goes well, close friends & family will start testing in late 2019. It is not clear which market will be the first, but it might be one of the Baltic States where trust in new technologies is high. 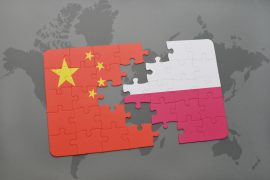 The last challenger bank from Poland wanting to take over Europe belongs to the founder of mBank, Sławomir Lachowski. The bank launched in 2000 and disrupted the local market by betting strongly on digital channels. Within five years it had become the third-largest bank in Poland in terms of customers. Everything was going fine until the main shareholder of mBank, Commerzbank, stopped its aspirations for foreign expansion. This decision supposedly led to the resignation of Mr Lachowski. He probably thought “if not with Commerzbank, then I will do it myself!”.

The initial business plan for a new bank was about the establishment of an international currency exchange and transaction platform that would support affluent clients from all around Asia. This idea was bought in by Hong Kong investors from GSR Capital – investors in game changing companies like: Lattice Power, Didi Chuxing and Philips Lumileds LED. This happened in the spring of 2016, and until recently it was not well known.

We now know that Golden Sand Bank is almost ready to launch and offers mobile first private banking and wealth management. The bank has a licence from the Gibraltar Financial Services Commission. The team applied for a license some time ago, but getting the necessary permissions took longer than planned. Meanwhile, we have to deal with Brexit, which may undermine the possibility of conducting business on the principle of a single passport in other EU countries (Gibraltar is a British Overseas Territory).

Recent news reported that Germany will be the first market where Golden Sand Bank will launch. On one hand, it is the most conservative financial market in Europe. On other hand, it is the home to one of the most successful challenger banks like Fiodor Bank or N26. And again, a licence from Gibraltar may not be so useful in the EU when Brexit happens. Despite that, Golden Sand Bank seems to be the one who launches first, or at least has its application ready on production servers before Vodeno and Horum Bank.

Do we have a future unicorn among them?

Ex-bankers have been leaving their jobs in financial services to pursue their ambitions in the fintech space. This includes the likes of: Antony Jenkins (former chief of Barclays), Vikram Pandit (former CEO of Citi), or John Mack (ex-chairman of Morgan Stanley). Some of them crash and come crawling back to banking, but many have found great success in the fintech space. Will Polish ex-bankers achieve their big hairy audacious goal of conquering Europe? Time will tell.