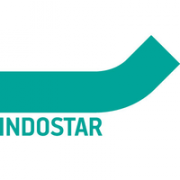 The lending programme for small and medium fleet owners is the first of its kind between a bank and a non-banking finance company (NBFC) in India.

ICICI Bank will provide the funds for these customers, which currently have limited access to organised credit, while IndoStar will take care of the entire loan life cycle.

IndoStar will use its branch network in tier two, three and four cities – such as Coimbatore, Salem, Tirunelveli and more – to originate underserved customers.

“ICICI Bank has played a key role in the development of transportation infrastructure in India since inception,” says Ravi Narayanan, head of secured assets at ICICI Bank. “In keeping with this legacy, we are delighted to partner with IndoStar to bring seamless credit to owners of small and medium fleets and contribute to the infrastructure growth story of the country.”

He adds: “This partnership will leverage upon the bank’s efficient lending mechanism and IndoStar’s reach in the smaller pockets of the country to make credit accessible for a larger set of people.”

IndoStar’s executive vice chairman and CEO, R. Sridhar, says: “This is a partnership of domain experience, nimbleness and reach with strength and size.”

The NBFC is registered with the Reserve Bank of India as a systemically important non-deposit taking company.