Since 2011, 233 German fintechs have shut down since the beginning of 2017, according to PwC’s Cooperation Radar and Yahoo Finance. 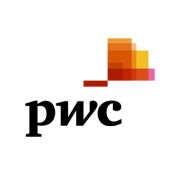 According to the publication, investments in Germany’s fintech sector doubled in the first quarter of 2019 from the same period a year before, but a new PwC Germany study reveals a flip side to the story, as hundreds of companies have quietly died off unnoticed.

The average age of the fintechs that failed was four years old and the majority of them were based in Berlin. The closed companies were almost equally split between those making products for consumers versus business-to-business (B2B) services.

Sascha Demgensky, head of fintech at PwC in Germany, says it is “a completely normal process, when young companies fail, even in booming industries,” adding that the survey provides quantitative evidence on the causes behind the sector’s failures.

Demgensky said that while it’s hard to make general predictions on which fintechs will make it and which ones will not, the spike in closures in 2017 indicated that many of them were start-ups, who “boarded the train in 2013 and 2014” and realised that other competitors had got there before them.

Only 11% of the fintechs that died had solid venture capital backing. If a start-up has existed for more than five years and proven its sustainability, it can be a promising sign, according to Demgensky.