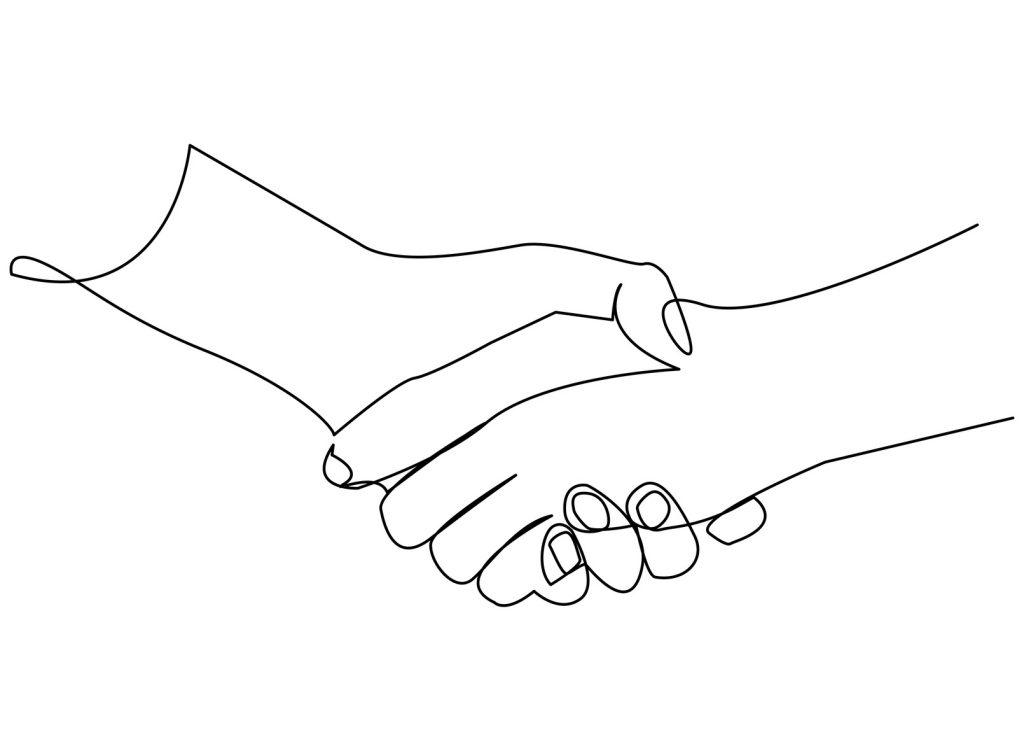 The thing about humanity is you can’t fake it

Warning, this one is emotional and personal. Avert your gaze if you were hoping for pithy industry commentary. Back to that next week.

I was mic-ed up and ready to go on stage at an industry event when I got a tentative text from my mum. “Can you talk?”

That is not a good text.

And when I called, the opening line was, “now don’t you go worrying, but…”. My dad was in intensive care.

Within seconds I was a mess of tears, incoherent sentences and runny mascara. Waterproof my wonderful derrière.

Within seconds, David Brear and Jason Bates were standing next to me – where did they even come from – ready to divide and conquer, one to go on stage in my place while the other found me a cab to the airport, found my bag, my passport, some Kleenex, a hug and a kind word.

The 11:FS machine sprung into action with some magical reflex.

A flight home was booked before I even left the conference venue.

My packed schedule of meetings and events for the day and the rest of the week, was parcelled out to colleagues both willing and able to do me proud, to do better than me, to make sure I didn’t spend a second worrying about anything other than my dad.

A single text meant the chaos of life at home, a building site, a bunch of open items, pressing follow ups, decisions and general run-around were taken off my plate. “Leave it with me, I’ve got this. I’ve got you.”
I have never before been told that. I have never before known it to be true. In the midst of chaos, an anchor is the most valuable thing.

This story has no villain

But it has some jarring moments.

The conference staff were annoyed at the speaker change before they remembered to be sympathetic and, with a show to run, not one of them remembered to ask if there was anything their mighty machine could do to help me. Helping me was not their job. Not running late with the programme was their job. Having a female with a foreign sounding name on stage and not the dreamy Mr Bates was their job (little did they know they got a free upgrade).

They were doing their jobs.

At a conference that was all about how doing our jobs is no longer adequate. How digital riches have enabled humanity to become a central feature of our lives at last.

No longer are we allowed to fold under harsh conditions and impossible constraints. Technology enables us to design and deliver on a human scale. The transition is hard for the banks, we say from stage, but resistance is futile. This is here. It is real. And it is better.

If not better for business then definitely better for the human at the receiving end of the service who is paying with their time and attention and hard-earned cash. We can do better and therefore we should.

We are all on a learning curve, I guess.

The thing about humanity is you can’t fake it

I know that my tendency to make everything about fintech is bordering on the obsessive but indulge me.
When David Brear dropped everything to make sure I got to the airport ok, he was being my friend, not my boss. When Jason Bates stepped onto the stage in my place, three minutes after I got off the phone and with less than a minute to go till show time, he was looking after me, not the business.

The fact that my team made a hard moment completely logistics-free is a testament to the kind of humans we hire.

I have had the midnight call and tear-filled flight home before.

And let me tell you that dealing with transportation and flight reservations and train times and commitment schedules and life details when busy crying is not easy. Concentration is shot to pieces. Simple choices seem immense. The time to plan, inform and react is not moving at normal speed.

The help on a human level was like a balm.

Knowing I am blessed with love and support at home and at work is not something I take for granted. I haven’t always had this. I know how it is to be without.

But beyond the love and care, there is something else at work here.

The 11:FS machine of ticket reservations, meeting re-arrangements and re-alignments kicked in about three seconds after I said “my dad is in hospital, I have to go”. People self-selected to go on stage in my place, take client calls, step into legal conversations, pick up concrete deliverables, and deliver.

Nobody asked for permission, approval or guidance.

Everyone, and I mean everyone from the CEO to the person who had exactly a day and a half on the job, across all functions and levels of seniority, stepped forward seamlessly and with no time to talk and align, exhibiting inherent balletic coordination in doing two simple things:

How was that possible, you ask? Is there a twist about the amazing power of real-time connectivity, you ask?

Sure. I did use Slack and WhatsApp but, really, folks stepped in and did their thing without asking me a single question other than ‘how is your dad and is there anything else I can do to help’ because they knew what the job to be done was, what good looked like, what was important and, above all, that they knew they were trusted to do it.

You want to build a digital business? That’s the workforce you need.

Not all that shines is gold.

A long list of meetings with fintech worthies had to be cancelled as I rushed off to the airport, uncertain when I would be back. My mighty executive assistant worked like a man possessed to ensure I didn’t worry and that nobody was left hanging.

And really, what’s the big deal? A few days delay or a difference face turning up for a meeting. Nobody complained, to be fair.

But the reactions I got varied as wildly as a cold and mildly annoyed ok to the wonderful Howard Bush who said, and meant it, that I was going where I was needed, that my family were in his prayers, that if there was anything he could do to help, he would. And I know he meant it.

Not just because I needed the comfort, although human kindness is never redundant, never amiss. But because if our first reflex is not to be human, we will f**k this digital thing up.

My finger has hovered over the backspace for a bit here.

Strong language of this kind is not my style (when I write at least).

But this one holds.

Digital is not about the tech.

Your business, whatever it is, is consumed and paid for by humans.

Staffed and delivered by humans.

Whose little phone interfaces have taught them that you can skin technology in humane tones and now nothing else will do.

At the time of writing my dad is out of danger, still in hospital but cheerful, plugged into a zillion monitors and ever the optimist. I am shaken and scared and worried and hopeful.

At home and in the office.

And I know that because I have long lived without this kind of support at home and at work. So I know the difference. For me. And for the industry.

We are lucky, but don’t go celebrating just yet. This is not irreversible. This is not universal. But it is essential. Not because it’s nice. Although it is. It is a thing of true beauty and profound wonder. But actually because it’s the only way to do digital right.

So whatever the tech, whatever the regulatory pressures, whatever the margin compression, the real winners of the race we have been running for the past decade will be the ones who don’t need to be reminded to be human, when the occasion demands it with no prior warning.

In a crisis or on a totally unremarkable Tuesday, as a business, as an employer, as a service provider, as a globally significant financial institution, you will fight a million battles but only one can single-handedly lose you the war. And you may not even know you lost it, if, with no warning, your first instinct is not to protect the human.

If you have to think first, it’s too late.