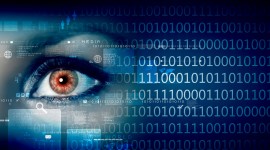 Silicon reports that Ying’s custodial sentence will be followed by one year of supervised release. He has also been ordered to pay restitution of $117,117 and fined $55,000.

Equifax discovered the breach in July 2017, having known about the vulnerability in their IT system since March that year. The company then waited 40 days to go public about the cyberattack, in which the personal data of 143 million US residents and 15.2 million British citizens was stolen by hackers.

Anticipating that Equifax’s stock price would fall once the breach was made public, Ying exercised all his stock options and sold them for over $950,000 – avoiding a loss of more than $117,000.

“If company insiders don’t follow the rules that govern all investors, they will face the consequences for their actions,” says Chris Hacker, special agent in charge of FBI Atlanta. “Otherwise the public’s trust in the stock market will erode. The FBI will do everything in its power to stop anyone who takes unfair advantage of their insider knowledge.”