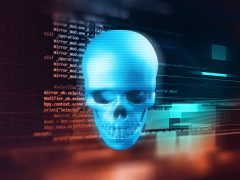 Despite significant investments in cyber security, many businesses still leave their doors wide open to cyber-attacks and struggle with the basics.

It takes cyber criminals just minutes to compromise a system, but only three percent of breaches are discovered as quickly, according to Verizon’s Data Breach Investigations Report 2018. The report adds that 68% of attacks went undiscovered for months or longer, the report notes.

“First, you need to detect attacks fast and then have the right countermeasure in place – we call it continuous response,” adds Orchard.

Criminals and other threat actors are now exploiting tools and techniques that were once only the domain of cyber-attacks backed by nation states.

“It’s just as important to us that Countercept acts as an extension of our clients’ security teams, allowing us to flexibly defend their business together based on their needs and skills,” says Orchard.

As attackers’ capabilities grow, so does their ability to monetise disruption and data theft for commercial or political purposes.