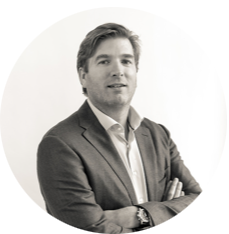 While the insurance industry is well established and often perceived as slow moving, the insurtech space can move at a blistering pace. Radboud Vlaar, partner at Finch Capital, explores the shift he has seen in insurtech start-ups, and how it mirrors changes in ecosystem as a whole.

First of all, insurtech to date can be split into two types of companies:

From a funding point of view, the disruptive insurtech industry is more of a stable than an exploding market. The number of global insurtech deals peaking in 2016, while absolute funding amounts rebounded in 2018 (up 2x vs 2017), driven by some large late stage funding.

The number of successful transformative plays have been limited to date, which is what you see reflected in the stagnating growth. One of the reasons is that due to insurance being more of a push instead of pull and a low usage product, unlike banking products, an enhanced user experience will not trigger significant switching. Price is the main thing that counts. It turns out to date that start-ups have found it difficult to realise significant price reductions vs the large-scale incumbents. Another issue is also that some of the transformative products (like offering rental insurance to replace the large upfront deposits) is often classified as proptech instead of insurtech.

At Finch Capital we see the biggest momentum and value creation with companies that enable insurers. There is strong growth potential in the IoT industry, with companies using satellite based IoT by the likes of Hiber or platforms for reduction of car repair claims such as Fixico.

Where are the opportunities in European insurtech?

Europe is home to more than 700 million people versus 350 million in the US, making the European market, in terms of potential size, big. The big markets are Germany, UK, Italy and France, which represent the far majority of the European premiums.

The European life insurance market (€0.7 trillion GWP) is declining with ±2% p.a. and in absolute size 50% bigger than the US, which in combination with the strong capital requirements, large legacy making it not too attractive for disruption, more for PE closed book consolidation.

P&C (€0.5 trillion GWP) is roughly 60% of the size of the US market and growing with 2-3% p.a., however has been very competitive thanks to the low single digital RoE in this sector. This may make it difficult to disrupt, however still a very attractive place for selling enabling tech and software to insurers and brokers to help them transform.

Finally, Health insurance (€0.2 trillion) is growing strongly at 3-4% and is attractive for disruption and enabling, however local regulation needs to be taken into account.

From a regulatory point of view, the European market is in some areas homogenous. With 4 countries in Europe you have covered ±3/4 of the market, whereas in the US this requires many more than four of the 50 states.

Startups in their early days need to take these barriers into consideration in-order to reach product market fit and be able to scale outside of their home market. As a result the big European insurtechs are born out of Germany, UK and France, whereas on the enabling side this is more scattered e.g. think about UI path for robotics (Romania), Octo for Telematics (Italy), Digital Insurance Group (Technology), Shift, Salviol and Friss for Fraud (NL, Slovenia and France).

The majority of the investments into European insurtech have been done by the Corporate Venture Capital arms of the largest insurers and reinsurers (e.g. AXA, MunichRe, etc) and specialist VCs (such as ourselves, Anthemis etc). As not many know, three out of the five global reinsurers are Europe-based, which has helped their role in the European ecosystem. Several of the big European insurers have taken a very proactive global role in innovation and shaping the market. Increasingly we see the Asian investors such as Ping An and Softbank being active, although mainly in later stage deals which to date have been limited.

In 2018, there had been two major acquisitions that have set the bar very high for larger-deal M&A activity in the insurance industry. These are Validus for $5.5 billion and XL Group for $15.3 billion.

We don’t believe that we will see a lot of unicorn type of acquisitions of tech companies that get closed. The insurtech acquisitions are more in the range of EUR 25-250 million. Furthermore, we also believe that European startups will become targets to foreign investors such as Asia. Insurers from less mature markets may acquire in Europe to enhance their technical capabilities and serve their own international client footprint.