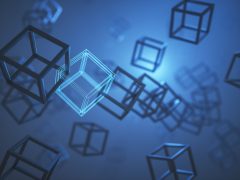 Institutional Asset Manager reports that the Latin American investment bank and Dubai-based Dalma Capital will utilise Tezos for the ongoing ReitBZ STO, for which Dalma is the bank’s partner as joint-bookrunner.

BTG Pactual claimed to be the first major investment bank to officially launch an STO with the real estate token ReitBZ on the Ethereum protocol earlier this year.

“While the bank remains protocol and technology agnostic, and will continue to utilise the Ethereum protocol, we see Tezos as a global player with a robust blockchain for asset tokenisation,” says BTG’s partner responsible for STOs, Andre Portilho.

Zachary Cefaratti, CEO of Dalma Capital, adds: “With blockchain technology now becoming a reality globally, we are delighted to be working with the Tezos Foundation and Tocqueville Group teams, whose technical expertise complements our investment banking and asset management credentials. We see Tezos as one of the critical protocols for the burgeoning STO market and look forward to securing future deal flow on the Tezos blockchain.”

According to Institutional Asset Manager, the institutions aim to use Tezos to tokenise a variety of traditional and alternative investments, with a view to accessing the $1 billion deal pipeline for existing and prospective token issuances.