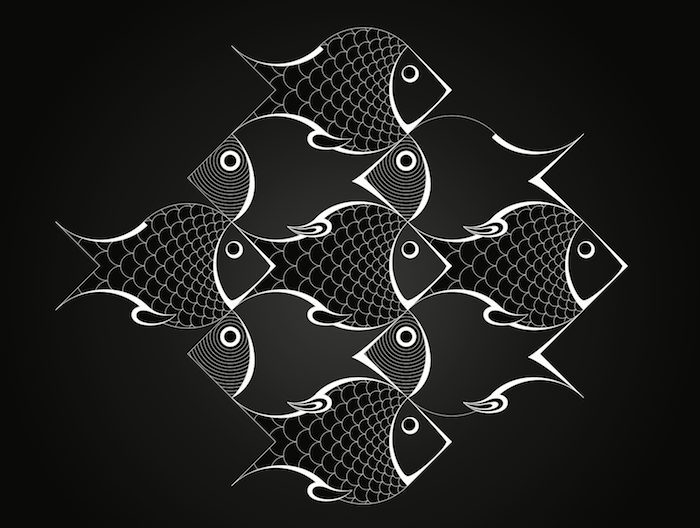 A couple of years ago, during a crowded, rowdy dinner under a starry sky, a friend fresh back from a stint in China told me the following story.

His firm, a massive global player, was opening a new office in China. Even though the bank already had operations in China, getting the footprint of an outsider extended is not an easy process. Plus they had to make additional decisions about who would move there to run the place, who would be promoted, what additional skill sets needed to be hired locally; how the real estate part would be financed and amortised; designers and procurement had to clash over brand alignment and local expectations.

Long story short, by the time they moved in, it was hardly a surprise that nobody at HQ had thought about calling in a Feng Shui expert. But once in the office, the murmurs started. Who? How many? How long would it last if ignored?

Nobody wanted to pass it up to the big boys at HQ.

A Feng Shui expert was brought in and announced “this will simply not do”. Everything was wrong. The positioning of the building. The materials. The proximity to water or lack thereof. The colours. The shape of the windows.

Suck it up, was the response from the local management. We are not going to HQ with this. Probably phrased along the lines of “we are deeply concerned by the findings of the local expert but trust fully in his ability to recommend remedial action in line with the commitments already made by the company to its people in this location”. I am just guessing here.

But the implication was: we are not moving.

So the expert apparently advised that if we have to make the most of a bad situation, some blackfish should be bought. And kept in aquaria in clearly marked spots in the office. “They will die,” said the expert, sadly. Inevitably, they will die as they absorb the bad juju (technical term).

But what else can you do?

By the third time the boss was signing off on the invoices for more fish, he incredulously said to his assistant “these things are dying off way too fast, what are you feeding them?”

“Nothing,” she said. “Why waste the feed, since they are going to die anyway?”

The thing about self-fulfilling prophecies, is you need to plant them first

The friend who told the story is half Chinese and his main aim was to caricature his mother who apparently thinks just like the assistant.

But to me it goes beyond Rob’s mum to the single most compelling and least discussed reason of why banking experiments, transformation efforts, large-scale initiatives and change projects fail.

Assume the people Deciding sit in big offices and get quarterly updates. They have a full view of the why. They know what they are trying to achieve. For them the question was never what should the office in China look like. For them it was are we consolidating in China or investing elsewhere? Once the decision is made, programmes and projects are carved out and people are appointed to Execute.

They know we are expanding in China. That’s not up for debate.

What city? How big an office? What personnel moves? How do we transition? They have to create a new layer of whys, tactical to the strategy, and make decisions and direct work. This is busy, complicated, serious.

And then come the army of people who need to buy carpets, and get visas, and hire staff, and do ergonomic assessments on chairs and they will never know that the company was two votes away from not being in China at all. Fancy that.

And the challenges of getting the right shade of corporate grey for the reception cushions will never be felt by the people Executing and they will never even be heard by the people Deciding. Each fight their own battles at their own level. And that makes sense.

The problem is a lack of communication that travels both ways.

So the people Doing will never know if it was a close call doing what they are doing at all and maybe if it’s more trouble than it’s worth and the folks at the top knew what the folks at the bottom know, decisions may change.

Or the folks at the bottom don’t know the relative significance of things compared to each other. Throwaway comments become huge programmes of work while major components of the original intent get neglected because nobody flagged their importance.

A Feng Shui expert is brought in as a cultural sensitivity tick mark.

But because nobody cares to engage, the person left to feed the fish and give people the illusion of being included, is driven by her own priorities of frugality and petty cash control mechanisms. A lot of wasted effort. A lot of dead fish.

And the office is exactly where it was. And the juju is still there. And those who cared about Feng Shui, I bet, don’t feel included. But the reasons for being in China remain blissfully unaffected at the macro level.

Do you know how many times a day, in banks all over the world, projects that are strategically aligned to meaty objectives have meetings about why the blackfish are dying, or equivalent?

Fish that maybe should have been fed. Maybe shouldn’t have been bought in the first place. Fish representing the conversations we never have between people too important for detail and people too junior for long words. Fish dying in the name of KPIs and Chinese-wisper style deliverables. Piling on top of each other, providing superficial fixes to things that weren’t even needed in the first place.

Because the wishful thinking of the guys at the top, that if they set direction the rest will magically follow, falls foul of people’s own assumptions of what good is, the inevitable feeling that your bit is the important bit and the very simple fact that in a big organisation people only know what you tell them.

So for the fish not to die, maybe, the PA should have been told that the whole point of them being there is to give a morale booster to those who care about such things. To make them feel listened to. And loved.

Yes, the Feng Shui man said they will die but even if they do, the purpose goes beyond the aquarium. And anyway, let’s hope they don’t die, poor things.

Wonder what would happen then?

She may have just fed them.

In short, if you don’t want your organisation to be plagued by self-fulfilling prophecies and dead fish, don’t create them. Tell people why. Tell people what good looks like.

And feed the fish.