Japanese payment app, Kyash, has raised $14 million in a series B round led by Goodwater Capital and Mitsubishi UFJ Capital, Jane Connolly reports. 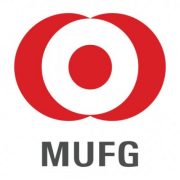 According to TechCrunch, the round also saw participation from Toppan Printing, JAFCO and Shinsei Corporate Investment.

SMBC and Mizuho have already invested in the fintech, so the addition of Mitsubishi means Kyash now has the backing of Japan’s three largest banks.

Kyash is currently a payment app offering a connected Visa card, but it has applied for licences in Japan that would allow it to offer checking accounts, remittances and ATM withdrawals.

Founder Shinichi Takatori told TechCrunch that there is room for collaboration and that Mitsubishi already intends to integrate its card with the Kyash app.

“We’re not here to win over existing banks, but instead inform [them of] how money should work in the next decade,” he says. “So why not collaborate in some way.”

Kyash developed its own payment processing system and now offers issuing and processing of prepaid Visa cards to fintech companies. Takatori says he is in discussion with crypto companies over the potential of prepaid cards and will be looking to raise a “pretty quick” Series C round to drive growth next year.