An after after-dark round-up

For those that may not know, the UK-based challenger firm, 11: FS, occasionally hosts a live podcast titled ‘After Dark’. 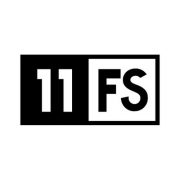 This time it was hosted in the pleasant sun-filled quad at Devonshire Square at the heart of the City of London and was packed with industry aficionados and budding entrepreneurs. In fact, FinTech Futures met with Sami Chaudry, CEO of upcoming neobank, Hoddle, straight from a Tier 1 bank’s fintech hub and will be one to watch this year.

CEO and co-founder of 11: FS, David Brear; and co-founder and blockchain lead at 11: FS, Simon Taylor, were the hosts for the evening, and were joined by: Jason Bates, co-founder of Monzo and now at 11: FS; Lianna Brinded, head of Yahoo Finance UK; Sophie Guibaud, managing director at Fidor Group; and Luke Griffiths, general manager at Klarna.

The panel focused on trending topics and points that were taken from features highlighted by various media outlets.

The first was “big banks accused of giving fintech start-ups a raw deal” which was taken from a story written on The Times. According to the publication, “senior fintech executives have complained that large financial institutions want to take information from them while not offering adequate capital or other benefits in return”.

Leda Glyptis, chief of staff at 11: FS and CEO of 11: FS Foundry, shared her views – often at odds with the hosts’ perspective – as she often candidly does through her very own FinTech Future’s series (Food for Thought, every Thursday).

The panellists took a positive approach, stating that perhaps there is a lot more collaboration than obliteration. However, others saw it differently. “Not all stories will have happy endings,” says Glyptis. “I think it’s important for start-ups teams and founders to keep it in mind that most collaborations end up like this,” she added. 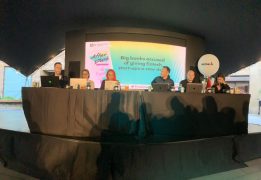 Although it has been a tale as old as time, that larger institutions swallow up smaller firms’ ideas, the audience took the panellists’ side and showed their support for this being more of a collaborative venture than a doomed one. Moreover, most people thought the banks had the power in the relationship as opposed to the fintechs.

Another trending topic was Facebook’s digital currency, Libra, or as Taylor puts it “Facebook did a crypto-thing”.  The consensus was that “Facebook was evil and just wanted our data” as this received the loudest exclamation from the audience.

The third point discussed Banking Competition Remedies (BCR) Pool D winners, as some fintechs took great pride in receiving “free money” as it’s known in the industry. But how free is this? Funding Options, managing director, Ryan Edwards-Pritchard, shared his perspective on the funding, adding that although it is free, it is still a lot of hard work to keep the business running.

Additional points raised in the live podcast were the growing trends of partnerships in fintech, such as Moneybox and OakNorth’s ISA offering.

“We see this as an opportunity in the market to grow as traditional banks are reverting back to their old ways, which gives us an opportunity to offer something better,” says Valentina Kristensen, director of growth and communications. Kristensen also adds that firms should “get in touch if you want a partnership!”.

The panel closed the podcast with a rather humorous story from the BBC regarding a new scam from fraudsters based in Bangalore asking residents of Milton Keynes via letters, to send their debit cards and pin numbers to them, as part of a reclamation exercise as “since they will explode in your wallets”.

In the end it was a lively successful gathering for the industry where people relaxed and let their hair down in the sun after hours.