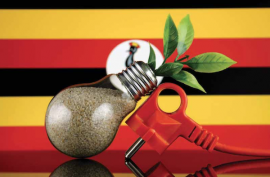 Clean energy and financial inclusion are coming together within BrightLife

In Uganda, clean energy and financial inclusion are coming together within an innovative model headed by FINCA-derived social enterprise, BrightLife. These are early days but the initial indications are positive. Martin Whybrow reports.

A project is underway in Uganda that brings together both financial inclusion and clean energy products. Repayments for the latter over twelve months can be used to build credit history, which then leads to the offer of a savings account. That offer is seamless and is provided through long-standing financial inclusion specialist, FINCA International.

The solar products are offered by BrightLife, a social enterprise set up by FINCA. Since 2015, BrightLife has offered a range of solar solutions in Uganda and claims to have reached more than 100,000 people in that time.

Washington DC-based FINCA International started in the mid-1980s offering small loans to transform lives across the world. It is the founder and majority-owner of 20 community-based microfinance institutions (MFIs) and banks across Africa, Eurasia, Latin America, the Middle East and South Asia.

At the low-end of BrightLife’s offerings are standalone solar lights. These can be hand-held, hung or placed on a table-top. A solar lantern can provide 72 hours of high-power light after a single day of charge. One model includes two USB ports for charging mobile phones. There are also solar homes offers, which include solar lighting, power systems and appliances, including TVs and radios. BrightLife also offers firewood and charcoal cooking stoves that cut toxic emissions by up to 90% and reduce fuel use by at least 50%. One of these clean stoves uses the heat from cooking to generate enough energy to charge a mobile phone or power an LED light.

The devices are sourced from two US companies that manufacture in China and are supported by FINCA Ventures, an impact investment initiative that provides capital and technical assistance to early-stage social enterprises. FINCA Ventures supports innovative solutions in energy, water/sanitation/hygiene, education, health, agriculture and fintech.

The solar homes offerings in particular were often too expensive for one-off purchase so there was a loan option from the outset. FINCA loan officers accompanied BrightLife sales agents into the field; FINCA clients could finance the solutions via top-up loans. 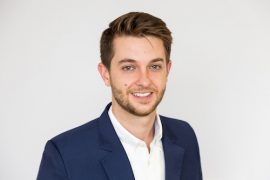 “That worked pretty well for a time,” says Stefan Grundmann, BrightLife’s president and CEO. “But over time, a few lessons came up.” FINCA was not particularly geared up for financing consumer goods and the incorporation of Uganda’s pay-as-you-go PAYGo technology by BrightLife proved more convenient.

While purchases could still be financed via FINCA, the greater flexibility of PayGo was an attraction, allowing customers to repay via mobile money and without the need for set times and days for those repayments. BrightLife was effectively providing the financing itself, via its balance sheet, using the physical products as collateral. It is able to turn off those products from a central system if there is a default on repayments.

“So we started separating from FINCA Uganda,” says Grundmann. Nearly all consumers came to choose the PayGo route.

The latest initiative is really “flipping our original business model on its head”, says Grundmann. Where FINCA was at the outset the perceived sales channel, it is now brought into the loop again from a financial inclusion perspective, addressing customers who are usually beyond its reach, typically because they do not have collateral or credit histories.

Called Prosper, the scheme leverages the twelve month credit history built up via PayGo. That is valuable data to a bank, says Grundmann, and the initial plan was to hand it over and allow the financial institution to make use of it. However, Prosper is much more integrated than that.

At the end of the twelve months, customers who repay their loans in full and on time receive a 20% rebate and are eligible to become FINCA Uganda clients. With the customer’s agreement, the rebate is deposited into a FINCA Uganda savings account, as opposed to being repaid via PayGo as mobile money. In addition, based on the credit history, the customer is pre-approved for a loan with no collateral needed beyond the savings deposit. The loan offer is based on a multiplier of at least four times the deposit.

It is a totally digital product, says Grundmann. “We realised that if there was too much friction then no one would accept it. So we spent a long time figuring out how to do that.” The offer is made and can be accepted by text, is mobile-only and has no need for the client to enter a branch. This is enabled by BrightLife collecting all of the data required for know you customer (KYC) at the outset, within its sign-up process.

Also involved in the planning was Financial Inclusion on Business Runways (FIBR), an initiative of consulting firm, BFA, and the Mastercard Foundation, that seeks to connect financial services to low-income populations in Africa through digital innovation. 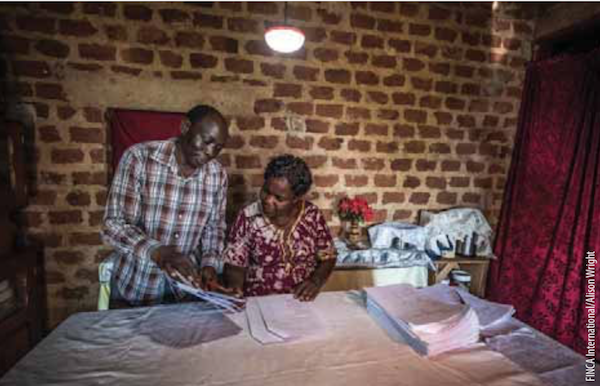 Prosper was launched in early March 2019 and, in the first couple of months, within pilots in the Masindi and Mityana regions, it had gained around 300 customers, says Grundmann, at which point between 200 and 250 people were signing per month. In these regions, this is the only offer now being made, with an excess charge built into the offer price to accommodate the rebate.

The uptake of the savings account at the end of the payback period is currently unknown but Grundmann says the option has been well-received, particularly among women customers, who might not have access to land titles or collateral for financial inclusion.

Why is all of this important? In Uganda, nearly 67% of adults lack a financial institution account. There is similarly deep energy exclusion, with 73% of Ugandans unserved by on-grid electricity. BrightLife’s solar offerings are targeted at Ugandans earning less than $4 a day. The clean energy products create healthier and safer homes, increase productivity, reduce household expenses and provide additional income-generating opportunities.

Off-grid living stifles productivity, reduces earning potential and increases household energy expenditures. Children cannot study after sunset, leaving them academically disadvantaged, while businesses must close at sundown, reducing the available working hours. And poorer households that are reliant on traditional fuels spend a relatively larger share of their total expenditure on energy. All of which perpetuate a vicious cycle of poverty.

For the future, says Grundmann, BrightLife is looking to add appliances to its offerings, particularly for agriculture and probably starting with solar water pumps. A plan for a pilot is being drawn up and, once more, there will be an offer of a FINCA loan product linked to this.

Uganda itself still has a huge unfilled need but it is also definitely the intention to take the model to one or more countries, says Grundmann, probably in the next 18 months, once it is proven in Uganda.

These are early days but the theory, at least, looks sound and, while there might be a few glitches admits Grundmann, the aim has been to make take-up as simple as possible. The true test will come as the loans start to mature in large numbers but there are already customers who have paid them back early and have accessed the loan offer as a result. All in all, Prosper looks to be a neat dovetailing of two important requirements – clean energy and financial inclusion.