Temenos systems on the cloud support BMCE launch in China 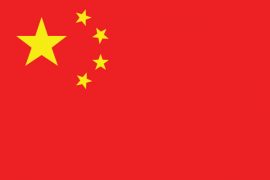 The new subsidiary will serve as a bridge for imports and exports between China and Africa, supporting the bank’s trade finance operations and is part of its ambitious growth plans.

BMCE Bank of Africa gained a temporary licence from the China Banking Regulatory Commission at the end of 2018, which required all operations to be up and running within six months.

BMCE has been a Temenos user for around a decade. The project used Temenos’ model bank approach based on pre-configured country-specific functionality.

Said Adren, General Manager BMCE Bank of Africa Shanghai, says: “As the implementation timeframe was so short, Temenos’ packaged software, Temenos T24 Transact, was vital to our plan. By offering a banking platform that is already compliant with Chinese regulations, and running it on Temenos Cloud, Temenos accelerated the launch of our operations in China.” He says the move by the bank “will act as a catalyst for economic relations between Africa and China”.

BMCE Bank of Africa is the third largest bank in Morocco, and the eleventh largest bank in Africa, with an international presence in 32 countries. It is the first Moroccan bank to launch in China.