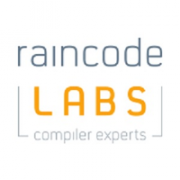 The Belgian firm aims to migrate 120,000 programmes within a record-breaking 12-month period.

The solution, which does not introduce dependency on any additional proprietary component, has been in demand since IBM announced it would no longer support Pacbase in 2015.

“Our mission is to free organisations from technical dependencies and allow them to modernise their IT systems for the 21st century,” says Raincode Labs’ CEO, Darius Blasband.

“Bankia is the perfect example of this, having a large number of critical legacy applications that are essential to the functioning of their business.”