Next decade is set to be transformative for small business finance 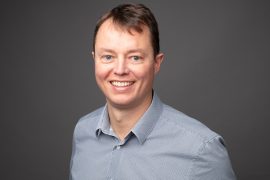 12 years ago, Steve Jobs introduced the world to the iPhone. Jobs took to the stage and said he would be introducing three products – a widescreen iPod with touch control, a revolutionary mobile phone product and, finally, a breakthrough internet communications device.

He repeated these three things until the penny dropped that these weren’t three individual products, but one. In the following hour he went on to unveil the touch screen smartphone – and it changed the world as we know it.

Instead of playing Snake, you could start to run an entire business from your pocket. That moment was seminal and it has led to a decade of innovation not just in telecommunications but across myriad sectors.

What’s surprising though is that while so many industries spent the decade since forging ahead with new ways of working, banking – an industry with enormous financial resources – didn’t really innovate for its customers much at all. Sure, there’s internet banking, but it’s now 20 years old, and frankly, is being able to see a PDF bank statement on screen instead of on paper much of an innovation? The Competition and Market Authority’s (CMA) root and branch analysis of the British banking system made it abundantly clear it agrees we haven’t yet seen the innovation we need – particularly in the offering for small businesses.

This is particularly unnerving given that British banking and finance used to be at the vanguard of the development and adoption of new technology with the introduction of the world’s first cash-point, online/telephone-only banks like First Direct, widespread adoption of chip and PIN, faster payments – the list goes on. But since the introduction of internet banking in the late 1990s and early 2000s, during which innovations in consumer services boomed, things have remained largely unchanged in the business finance sector.

With all the technological and consumer changes that have taken place in the last decade, I often think about where we’ll be in a decade to come, and naturally get to thinking about financial services for small businesses. Expectations from consumers and businesses have transformed in the last ten years and they’re going to be unrecognisable in another ten.

Open Banking allows approved third-party providers to securely access – and therefore analyse – a business’ historical banking data almost instantly. This can be used to support present (and future) financial operations, leading to fintechs developing powerful tools that small businesses have missed out on up until now that can anticipate a business’ needs.

Any business wants to focus on its core product and service, innovating and developing to grow its customer base and its turnover. Financial control is essential to delivering that, but it’s unlikely a microbusiness has the capacity to employ a financial controller of its own. Inevitably the financial operations get pushed to the side, a necessary chore that needs to be done, but not one that small businesses engage with more than necessary. Our recent research found that more than half of small businesses want more help controlling their finances – I’m confident the next decade will help do just that.

Tracking cash flow is one particular headache that Open Banking could help eradicate in future. Part of this headache is caused by late payments and the Federation of Small Business (FSB) found 84% of small firms have been paid late, with a third saying at least one in four payments arrive later than they should. In fact, Funding Options’ own research shows that 44% of small businesses worry that they won’t have enough cash to keep going.

We’re currently working with Runpath, part of Experian, to develop a cash flow management tool which uses Open Banking to produce a historical analysis of income, outgoings and cash flow capacity. By analysing this historical data and tracking real-time banking, the tool can anticipate when a cash flow crunch is on the horizon and give business owners the opportunity to access funding in advance to mitigate the impact.

However, while Open Banking presents huge opportunities for development in business finance, the challenge now is encouraging businesses to take that first step by giving permission to trusted providers to see their financial history. There is still a stigma attached to sharing data, regardless of how often users are told it’s secure. I’m confident, however, that as awareness of the benefits of integrating fintech that uses Open Banking into business operations increases, this will become less of a hurdle in the next few years. Indeed, it’s predicted that 71% of small businesses will embrace Open Banking by 2022.

Not only will the tools on offer change dramatically in ten years’ time, but so too will the demographic of small business owners and what they demand. The oldest millennials will be in their forties and these digital natives will expect mobile and on-the-go finance administration tools, a step-up from the mobile banking they use now. Artificial Intelligence will be an established part of their daily life – users will expect intuitive, personalised and targeted services. This is going to flip the user experience in finance on its head, with the small business owner in control – plugging into, and unplugging from, tools as it suits them.

As a result of this shift in power, banks and financial institutions will have to compete for business customers in a way they don’t today. There will be an expectation that these financial products integrate and work together to benefit the user, not the provider. Inevitably this will result in more specialised banks and services. Add to that the entrance of Apple, Facebook, Google and Amazon into payment services – the whole financial landscape is going to be unrecognisable.

Banking and finance have certainly innovated and developed some very powerful consumer products in the last decade but it’s fair to say that the ball was somewhat dropped when it came to small businesses. Open Banking is able to change that, and that change will hopefully be rapid. As more and more businesses owners embrace Open Banking, we’ll be able to leapfrog those expectations and transform the way small business owners operate their finances. In ten years’ time, today’s millennial early adopters of tech (whether a fintech app or an AI-enabled device or each new iteration of the iPhone) will be reaching middle age and the new technologies they embrace today will be the norm.