JP Morgan is reportedly set to launch a new online retail banking project in the UK, according to TechCrunch. 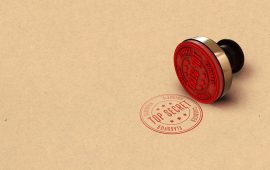 The bank’s secretive project comes just weeks after it closed its millennial retail offering Finn in the US.

The US bank has been reaching out to developers to build a product which could challenge Goldman Sachs’ Marcus and the competitive UK challenger bank scene, dominated by brands like Monzo.

Several incumbent banks are known to be developing new digital-first products in a bid to keep the new wave of challenger banks at bay and now it appears that the latest to make that move is JP Morgan.

According to sources, the investment bank has begun recruiting for a secretive skunkworks project within London’s booming fintech industry. Very few details are known about what exactly JP Morgan plans to build, although TechCrunch reports that the bank is busy hiring high level developers with full-stack and cloud-based development skills for the new project, along with other personnel.

One source told TechCrunch that interested candidates are being asked to sign an none-disclosure agreements (NDA) and that the project is still in its formative stages. They say the plan is to essentially build a start-up within a corporation that will be run independently and entirely separately from JP Morgan’s existing technology and businesses.

Sources told the online publication that the project in development will be a competitor to Marcus, the digital bank launched by Goldman Sachs that focuses on savings and offers a competitive interest rate. That would also put it up against challenger banks such as Atom, Tandem and savings marketplace Raisin. The bank has not provided a comment.

Other insiders told the reporter that the project could in fact be a much more ambitious cloud-based banking platform on which numerous products can be launched. That would be more akin to a core banking software-as-a-service (SaaS) platform or “AWS for Banking,” along the lines of Starling’s core banking product or Germany’s solarisBank or London’s 11:FS Foundry.