FinovateSpring 2019: focusing on the digital future of fintech 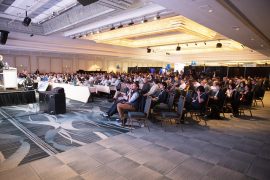 FinovateSpring returned to San Francisco, and it was a great week full of innovation, networking, and strategising about the long-term future of fintech.

With so many innovative companies and seasoned thought-leaders on stage, there are no shortage of takeaways from the event, but here are three that are especially worth mentioning.

Artificial intelligence (AI) has been a hot topic in fintech for a few years now, but it has finally reached the point where it can add value to banks’ everyday operations. Previously, Finovate demos that focused on AI were sometimes heavy on amazing technological capabilities and light on real-world applications. That trend has turned around in a big way.

Of the 60 companies that were on stage at FinovateSpring, 25 incorporated AI and machine learning (ML) in some way. That’s notable in and of itself, but what’s more interesting to see is the variety of areas where that technology is being applied. We saw AI applications being applied to areas like alternative credit scoring, customer care, marketing/sales, financial advising, financial inclusion, stock-trading, and call-centre among others.

The initial promise that AI offered when we first started hearing about it is being realised, and fintech entrepreneurs are using the technology intelligently and creatively. Most importantly, though, the way we’re talking about AI has shifted. The technology itself is no longer the focal point; what matters now is what you can get it to do. Or to put it another way, the conversation has progressed beyond “How does it work?” and moved on to the more important question “Why does it matter that it works?”. We saw a host of possible answers to that question offered by our FinovateSpring presenters, and I have a feeling that we’re still only just starting to scratch the surface of what’s possible. 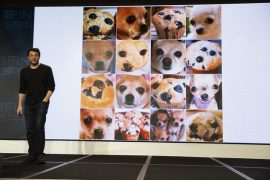 When it comes to data breaches, EVERYONE is vulnerable

If AI is establishing itself as the engine that will drive fintech forward, data is its fuel. After all, a self-learning algorithm can only be as strong as the data that feeds it. Data, though, continues to represent a massive vulnerability for banks and fintechs alike.

During their demo, Best of Show winner Arkose labs showed the audience just how easy it is for malicious actors to acquire compromised data and use it to commit fraud (needless to say, they also have a solution to help protect against that problem). In a different 15-minute keynote, Alissa Knight of Aite took the stage to release some troubling findings around how possible it is to use APIs to gain access to customer data and exploit vulnerabilities in mobile banking apps. BreachRx, another demoing company, went so far as to suggest that data breaches are essentially inevitable, which is why they focus their technology on how to turn the response to a data breach into a routine business process.

Are data breaches becoming “routine”? Is any organisation immune? Based on what we saw and heard at FinovateSpring, my answers to those questions would be “yes” and “probably not”, respectively. 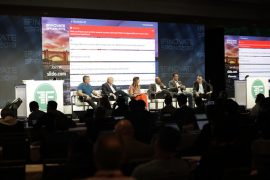 Is there a real-world use for blockchain?

The first time I remember seeing a blockchain application on stage was in 2015, when Blockstack.io (since acquired by Digital Asset) showcased how they could build a custom blockchain for anyone who wanted one. In talking to them during their pre-event coaching calls, it was clear that they had amazing technological know-how, but they weren’t quite sure who should be interested in their tech or what their core value proposition should be. Now, four years on, it feels like the industry is still struggling with those fundamental questions.

At FinovateSpring, just five companies used “blockchain” as one of their self-selected keywords, and only three of those (ALTR, Cone, and Finhaven) had blockchain technology at the core of their value prop. By contrast, AI first showed up on stage at Finovate in 2016, and how it’s worked its way into nearly half of all the solutions that we saw on stage. This raises a fundamental question about how useful blockchain technology really is for banks and other FIs.

I want to be really clear that I enjoyed the demos done by ALTR, Cone, and Finhaven, and I would encourage anyone to take a look at their demos for themselves (available at fionvate.com/videos). That said, there has always been an idea that blockchain was a solution looking for a problem, and based on the number of companies we saw using it at FinovateSpring, it looks like the anticipated adoption of the technology by the industry is still a long ways off.

Will blockchain become something that banks have to engage with similarly to the way they engage with AI? I certainly hope so. But the more time that passes before blockchain makes it into mainstream finance, the less likely it is that it will happen. 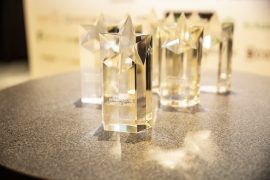